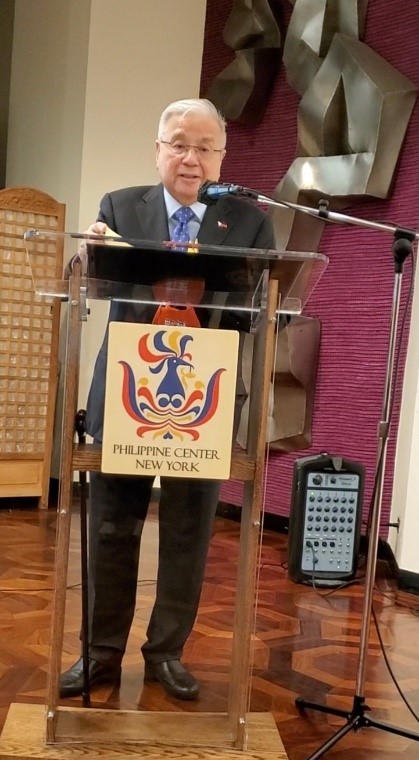 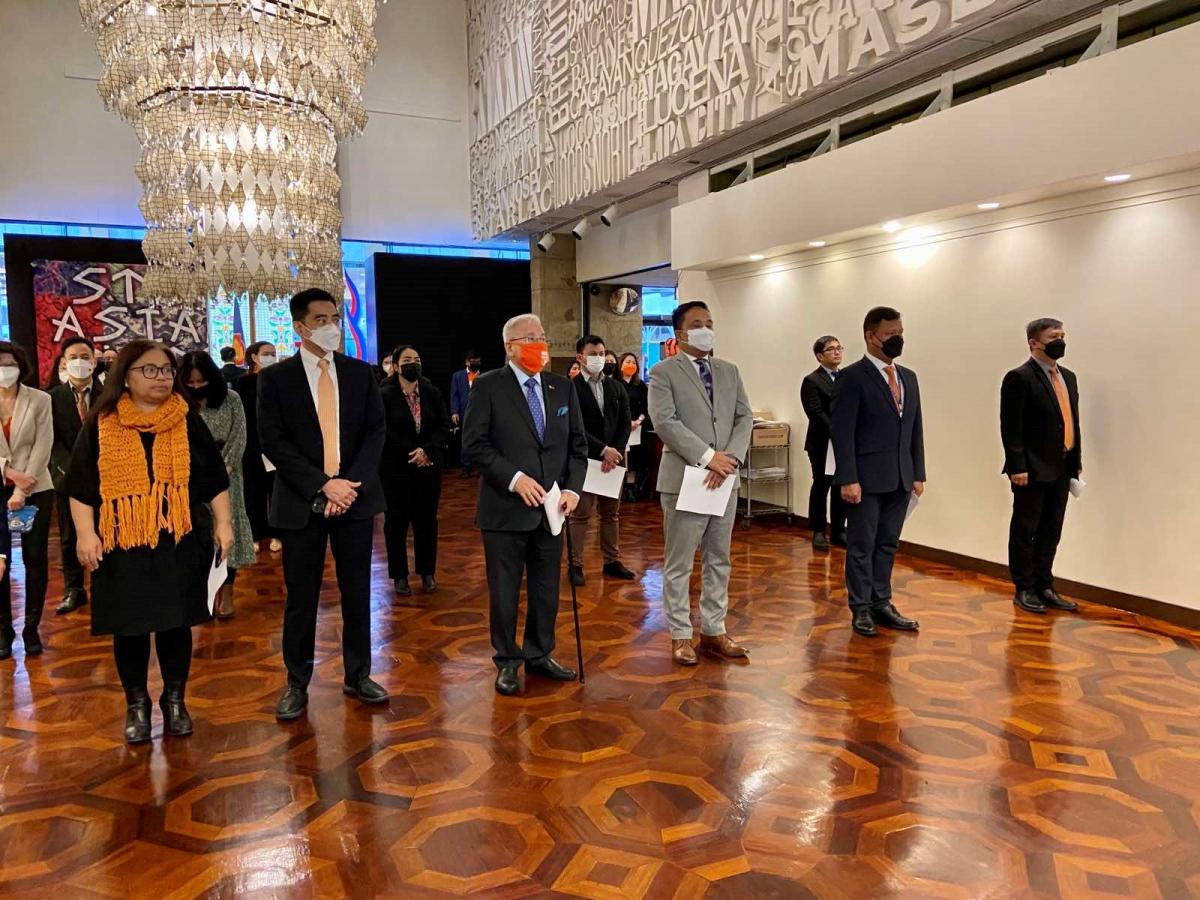 Left: Ambassador Antonio M. Lagdameo delivers keynote remarks on the occasion of the International Day for the Elimination of Violence against Women. Right: Women and men of the Permanent Mission of the Philippines to the UN and the Philippine Consulate General in New York wear orange to mark the occasion.

Ambassador Lagdameo said, “The Philippines is among earliest advocates of the human rights of women at the UN fora. We worked hard to push for the equal rights between men and women during the crafting of the Universal Declaration of Human Rights.”