Leading Guyana's delegation to the 21st Session of the United Nations Permanent Forum on Indigenous Issues (25th April-6th May), is Honourable Minister of Amerindian Affairs, Pauline Sukhai, MP. The meeting is being held under the theme “Indigenous Peoples, Business, Autonomy and the Human Rights Principles of Due Diligence, Including Free Prior and Informed Consent”.

In her remarks on 26th April, the Honourable Minister reaffirmed the Government of Guyana's full commitment to the promotion and support of Amerindian rights and development. She outlined the many initiatives being implemented to further advance inclusion, particularly within the framework of the Low Carbon Development Statrategy 2030 (LCDS2030). 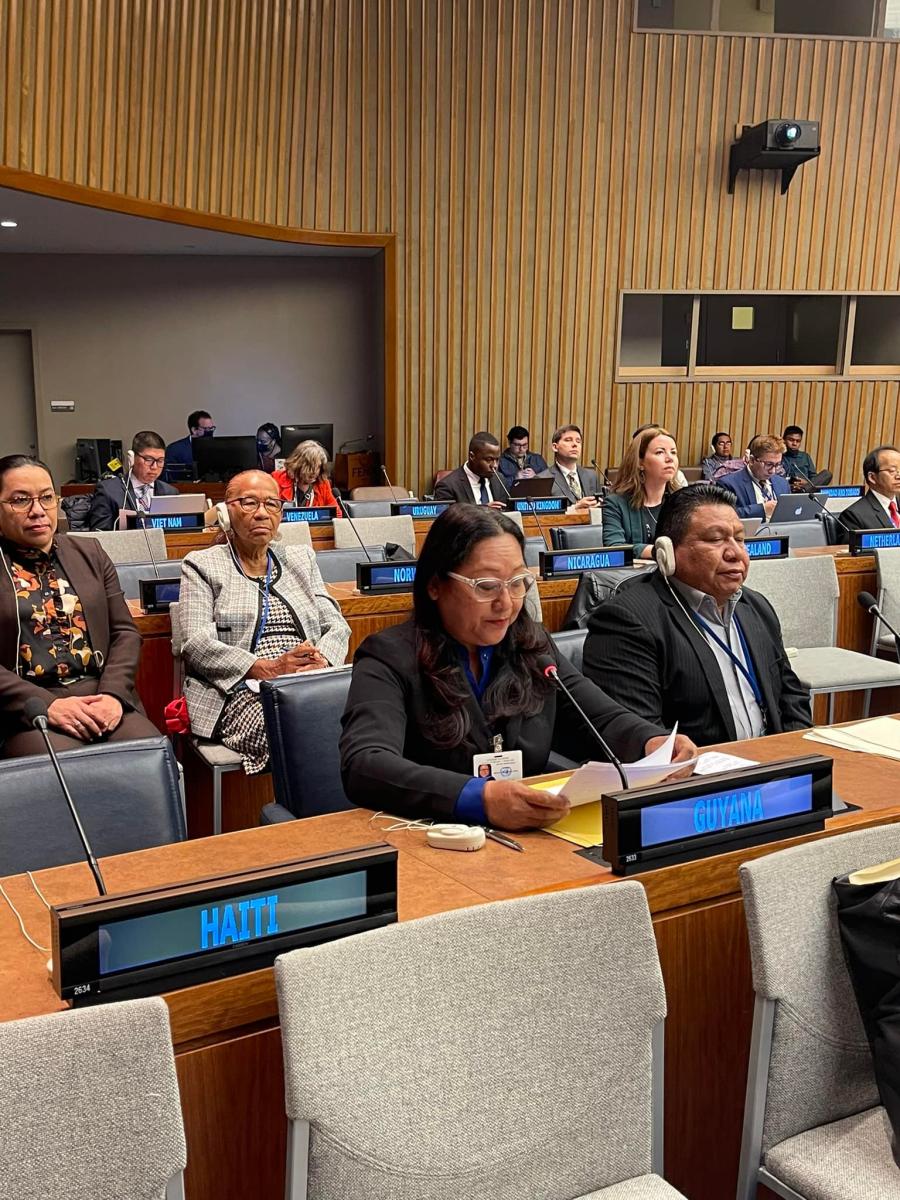