Commission for Social Development Side Event: Panel Discussion on the Potential of Cooperatives for Sustainable Development

Commission for Social Development Side Event: Panel Discussion on the Potential of Cooperatives for Sustainable Development

Permanent Representative of the Co-operative Republic of Guyana to the UN, Ambassador Rudolph M Ten-Pow invited present on Guyana’s Cooperative Movement at the Commission for Social Development side event. The panel discussion explored the potential of Cooperatives for sustainable development and the role of governments in accelerating future growth and development of Cooperatives. In addition to Ambassador Ten-Pow, the Panel consisted of Ms. Daniela Bas, Director, UN Division of Social Policy and Development, Doug O’Brien, Executive VP, National Cooperatives Business Association, Professor Jessica Gordon Nembhard, Ms. Britt Cruz, Representative of Health Partners and a representative from the African Confederation of Cooperatives Savings and Credit Association.

Ambassador Ten-Pow shared on the cooperative movement in Guyana. He shared with the audience that Guyana is the only country in the world where the development model of cooperativism is captured in the official name of our country, the “Co-operative Republic of Guyana”. He further shared on the history of Cooperatives in Guyana dating back to 1834, the period just after slavery was abolished in 1834 and slave labor on the sugar plantations was replaced by indentured labor, when the freed slaves pooled their resources and bought a number of plantations which they began to operate and manage.

Ambassador Ten-Pow enlightened the audience much to their fascination, that it was the spirit of community, the pooling of capital, labor and skills, joint ownership of the enterprise and sharing in the profits, the ethos of cooperativism, that led Guyana in 1970, four years after our independence from Great Britain in 1966, to create the world’s first Cooperative Republic.

Ambassador Ten-Pow concluded by stating that the cooperative sector has huge potential for growth and that cooperatives could make a significant contribution to the achievement of the Sustainable Development Goals and that the Cooperative Republic of Guyana, looks forward to developing closer ties with the global movement of Cooperatives to build on past successes and continue the process of revitalizing the cooperative sector of our national economy as one of the means of achieving our national development goals. 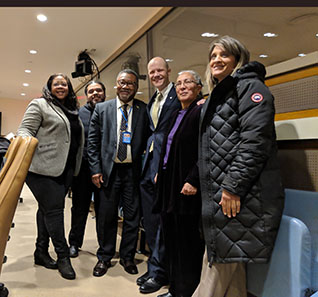 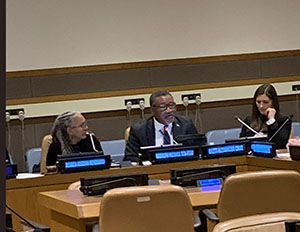 Ambassdor Ten-Pow Presenting on the Cooperative Movement  in Guyana 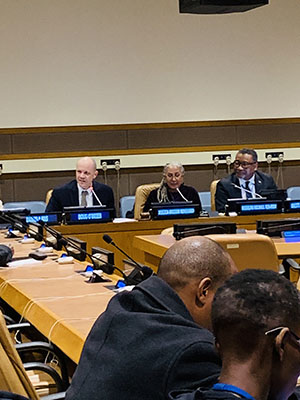 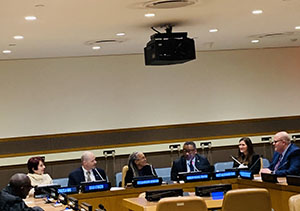