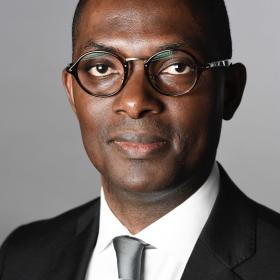 Previously, Márcio served as Chair of the African Group of Experts to the Fifth Committee during the 72nd Session of the UN General Assembly. In this position, Márcio led many aspects of the negotiation of the UN regular budget, peacekeeping budget, Special political Missions, management reform, and reform of the peace and security pillar on behalf of the African Group and G77 and China.

On the 71st  Session of the General Assembly, he served as Vice-Chair and Bureau Member of the Fifth Committee of the United Nations General Assembly. Márcio also was a Member of the Group of Governmental Experts for Military Expenditures established by the Secretary-General of the United Nations to review the operation and further development of the UN report on military expenditure.

He worked as well on Security Council portfolios and African Political issues, including when Angola served as a non-permanent member of the Security Council (2015-2016), mainly on resolution 2409 (2018) related to the Republic Democratic of Congo and Peacekeeping.

Before joining the Office of the President of the General Assembly, he served as Angola delegate at Permanent Mission of Angola to the United Nations in New York, from 2012 to 2019.

Márcio started his diplomatic career in the Ministry of Foreign Affairs of Angola, where worked from 2004-2012 as an expert on political issues, bilateral agreements, and cooperation in the Asia and Oceania region.