PERMANENT MISSION OF URUGUAY TO THE UNITED NATIONS 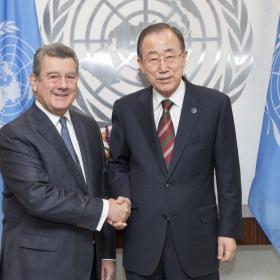 URUGUAY IN THE SECURITY COUNCIL