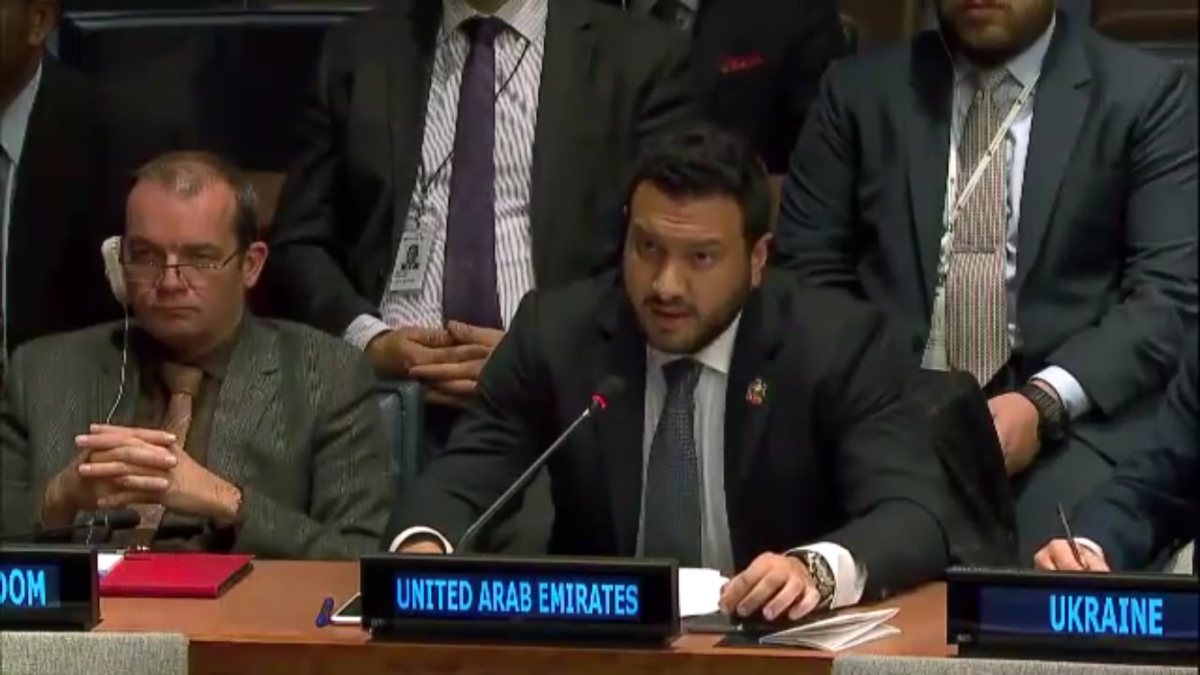 My delegation would like to exercise the right of reply in response to the unfounded allegations expressed by the Representative of the Islamic Republic of Iran, who seems to have forgotten the ongoing interferences of his country in the internal affairs of Arab countries in the region, and continuous to ignore his country’s expansionist policies and its negative role causing tension and instability in the Arabian Gulf, Yemen, Syria and other countries.

We expressed our support for the nuclear agreement reached between the P5+1 and Iran, which gave Iran the opportunity, after years of sanctions, to create normal relations with its neighbors and countries of the region and demonstrate its commitment to regional stability and respect for the sovereignty of neighboring countries, and to refrain from the use of the weapon of incitement.

Unfortunately, a bit over a year since signing this agreement, we have seen nothing but increased Iranian aggression in the region and the continuation of developing its ballistic missile program and supporting terrorist groups through training and arming.

All that has been mentioned above is just a reminder that Iran is still a state sponsor of terrorism and its neighbors are still suffering from its interferences. The UAE is at the forefront of the fight against terrorism and terrorist groups backed by Iran. In Yemen, we are defending the rights of the Yemeni people which were violated by the Iran backed Houthis.