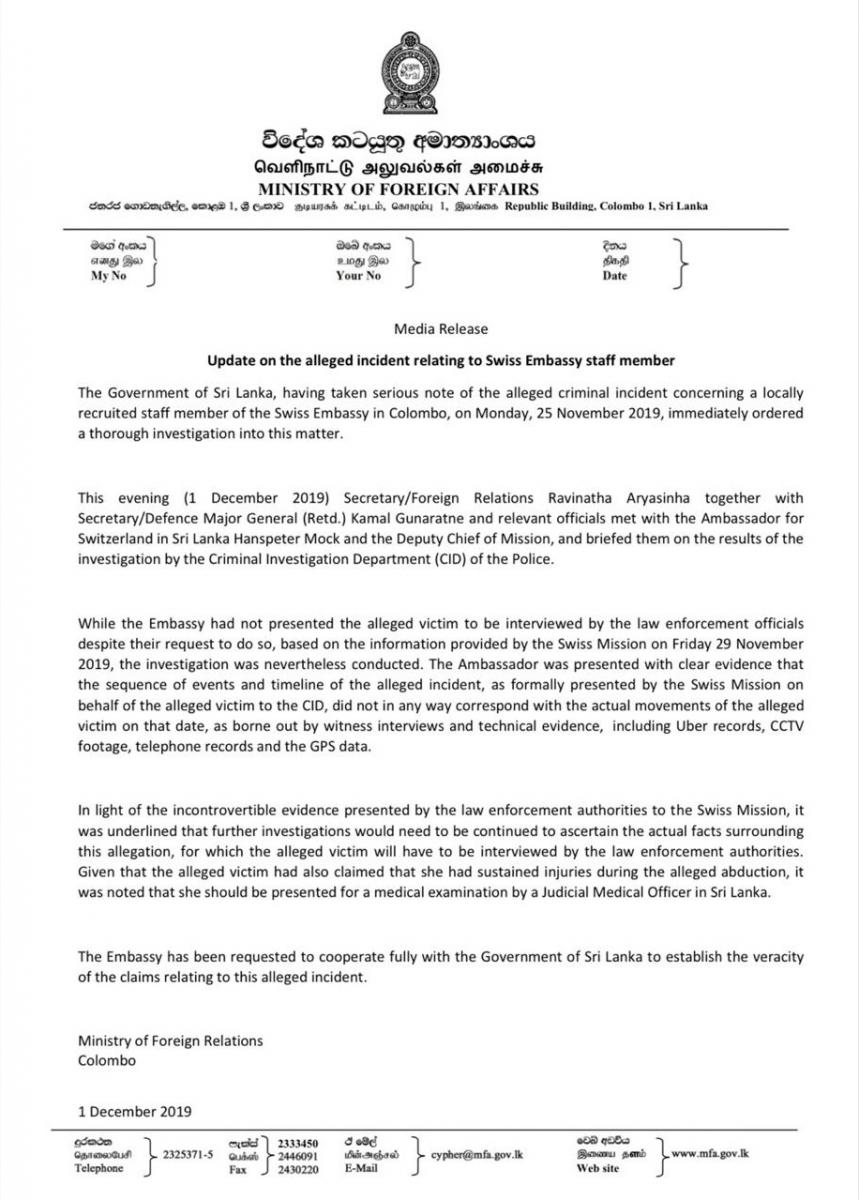 The Government of Sri Lanka, having taken serious note of the alleged criminal incident concerning a locally recruited staff member of the Swiss Embassy in Colombo, on Monday, 25 November 2019, immediately ordered a thorough investigation into this matter.

This evening (1 December 2019) Secretary/Foreign Relations Ravinatha Aryasinha together with Secretary/Defence Major General (Retd.) Kamal Gunaratne and relevant officials met with the Ambassador for Switzerland in Sri Lanka Hanspeter Mock and the Deputy Chief of Mission, and briefed them on the results of the investigation by the Criminal Investigation Department (CID) of the Police.

In light of the incontrovertible evidence presented by the law enforcement authorities to the Swiss Mission, it was underlined that further investigations would need to be continued to ascertain the actual facts surrounding this allegation, for which the alleged victim will have to be interviewed by the law enforcement authorities. Given that the alleged victim had also claimed that she had sustained injuries during the alleged abduction, it was noted that she should be presented for a medical examination by a Judicial Medical Officer in Sri Lanka.

The Embassy has been requested to cooperate fully with the Government of Sri Lanka to establish the veracity of the claims relating to this alleged incident.