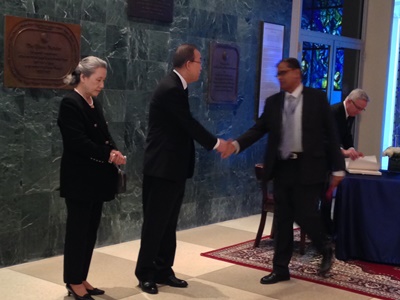 A condolence book was opened at the Meditation Centre of the United Nations Building following a moving tribute this morning, to the memory of His Excellency Boutros Boutros Ghali at the General Assembly Hall, where chairs of regional groups, the United States as the host country and the Permanent Representative of Egypt made statements. 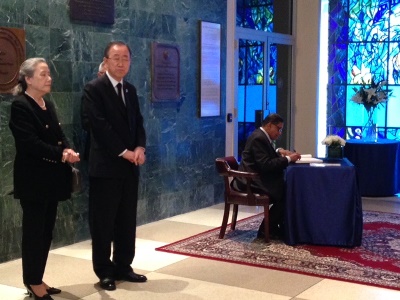