The Permanent Mission of Sri Lanka to the United Nations in New York celebrated Sri Lanka’s 70th Anniversary of Independence with a diplomatic reception held on 07 February 2018. Over 200 high dignitaries including a large and representative gathering of Permanent Representatives, senior officials of the UN, Sri Lankan professionals and members of the press among others, were present to mark the occasion. Ms Amina Mohammed, UN Deputy Secretary-General represented the Secretary-General of the United Nations, Mr. Antonio Guterres. 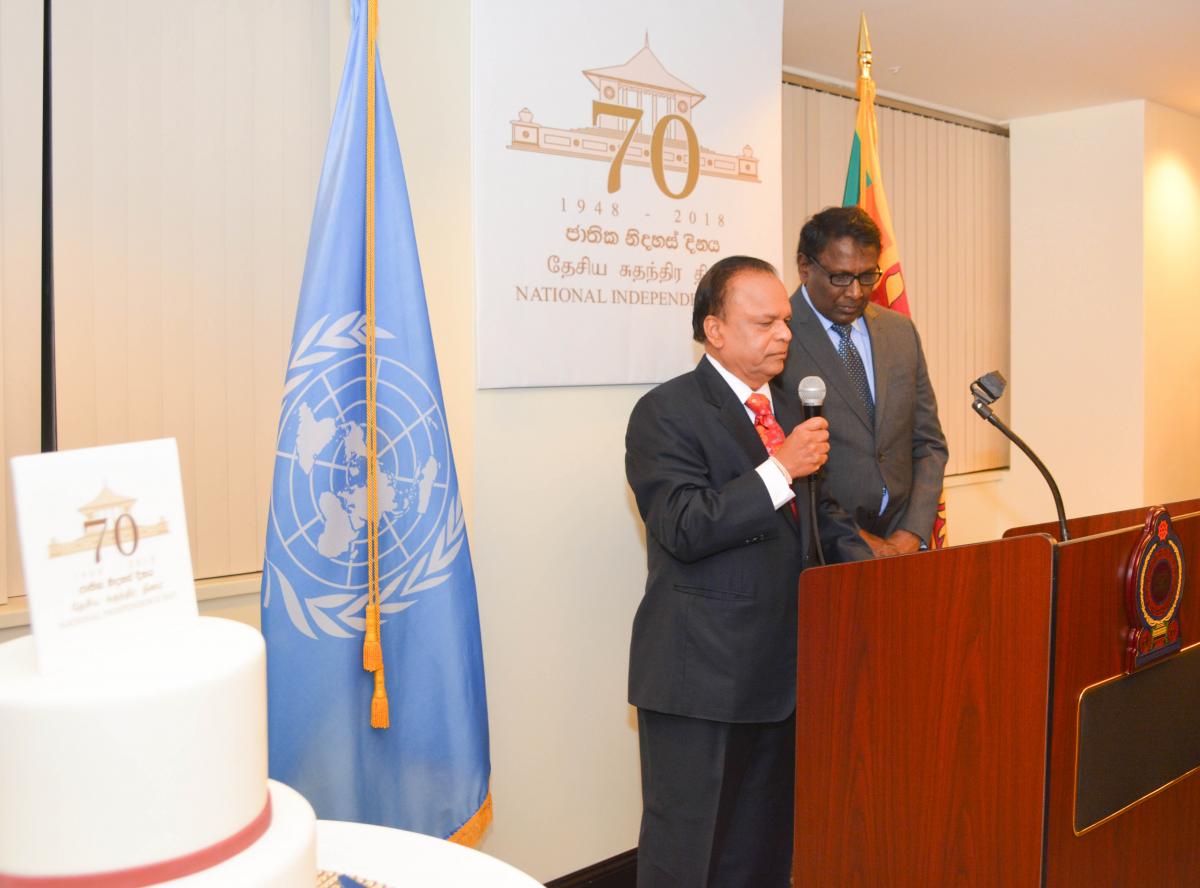 The proceedings commenced with the singing of the National Anthem in both Sinhala and Tamil by two members of the expatriate community Dr. Esiri Karunaratne and Mr. Godfrey Tisseverasingham, following which Ambassador and Permanent Representative of Sri Lanka, Dr. Rohan Perera, delivered the welcome address.

Ambassador Perera said that the 70th anniversary of independence held under the theme “One Nation” was an opportune moment in time for Sri Lanka to take stock, learn lessons and articulate a common vision for the future. “Sri Lanka looks to the future with great optimism”, the Ambassador said, adding that the country is now in an era of good governance based on the principles of democracy, unity, inclusivity and reconciliation. 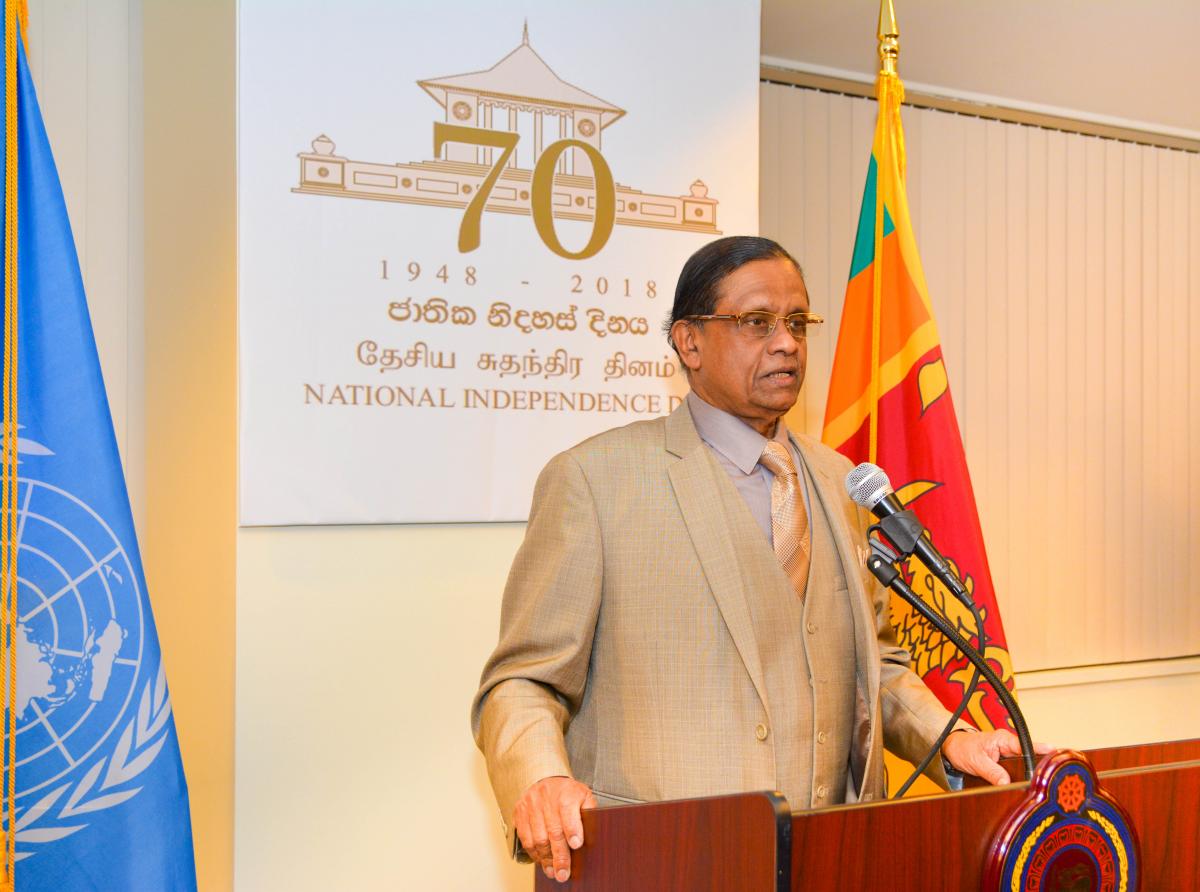 “History has illustrated time and again that Sri Lanka’s resilience is boundless and our capacity for growth is limitless, he also noted.

UN Deputy Secretary-General Ms. Amina Mohammed delivering remarks on behalf of the Secretary-General of the United Nations extended her warm wishes to the President, Prime Minister and people of Sri Lanka. She further said that in celebrating Sri Lanka’s 70 years of independence, she also recognizes how, at a time of growing division around the world, the diversity of the United Nations strengthens our common humanity. She extended the support of the UN system to the commitment and reconciliation efforts of Sri Lanka’s unity government. 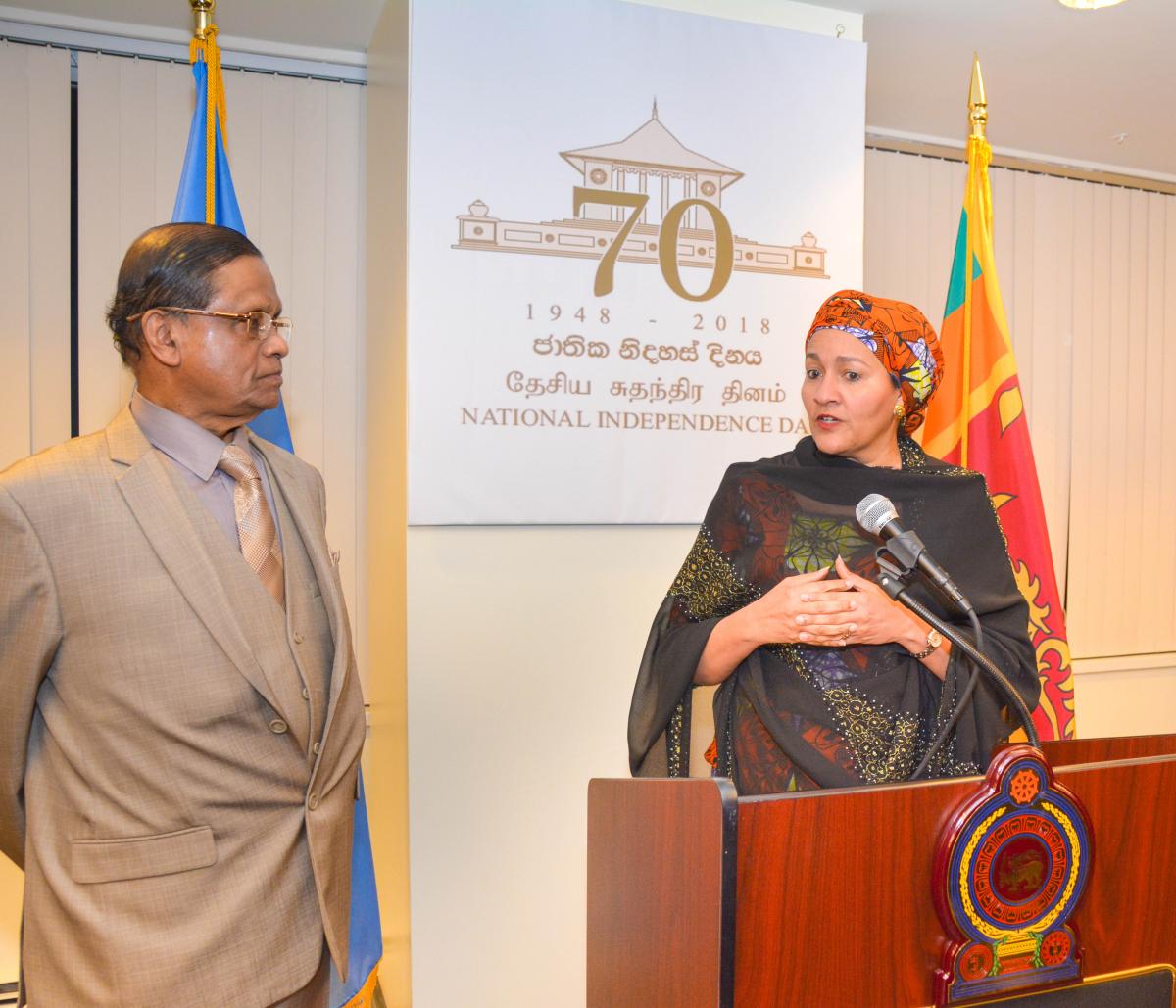 The evening featured a variety of traditional Sri Lankan cuisine including a tea station, which enabled guests to sample a delicious variety of Sri Lankan teas.

In addition to the diplomatic event held on 7th February, the Permanent Mission of Sri Lanka to the United Nations also celebrated Independence Day on 4th February 2017 together with Sri Lanka community in the Tri State area at the Susan E. Wagner High School in Staten Island, New York.  As part of the 70th anniversary of independence celebrations the Mission has also organized an exhibition of painting by renowned Sri Lankan artist S.H Sarath at the United Nations Headquarters in New York. 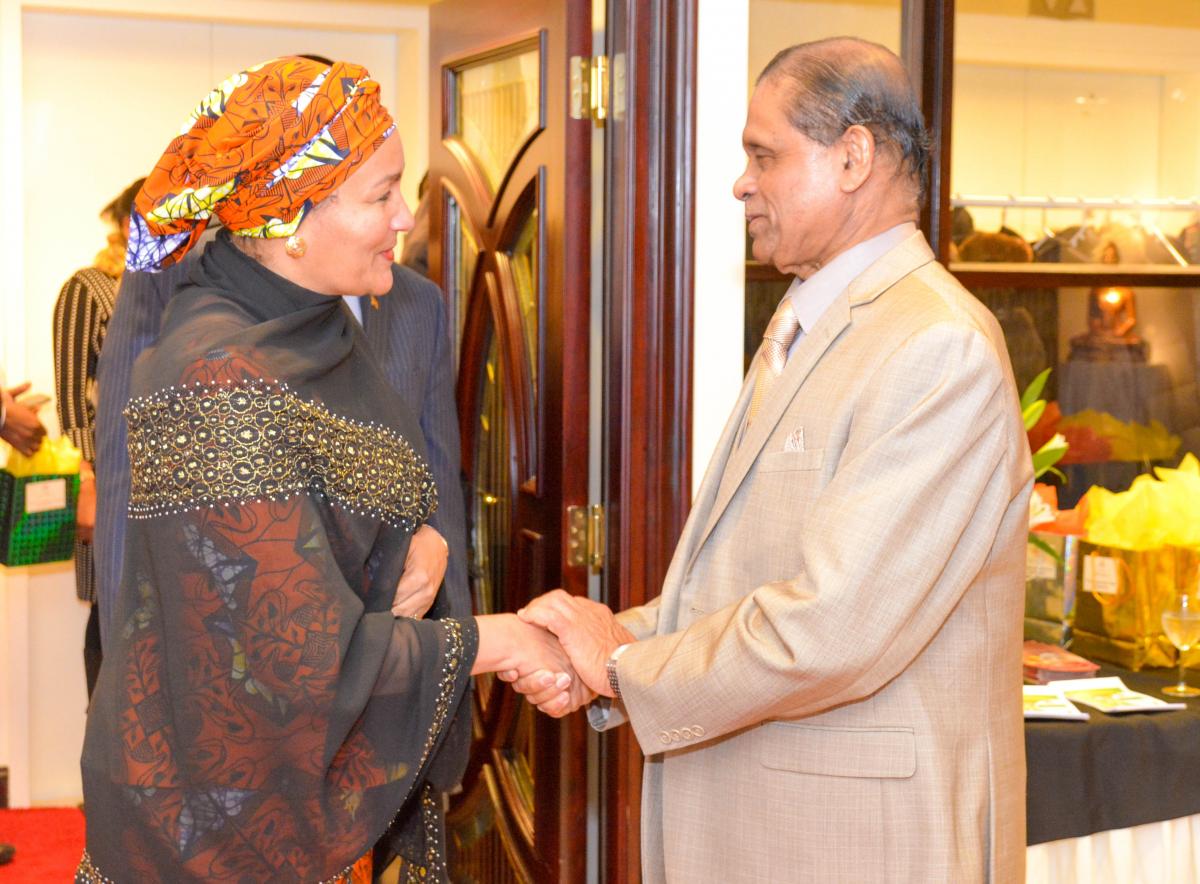 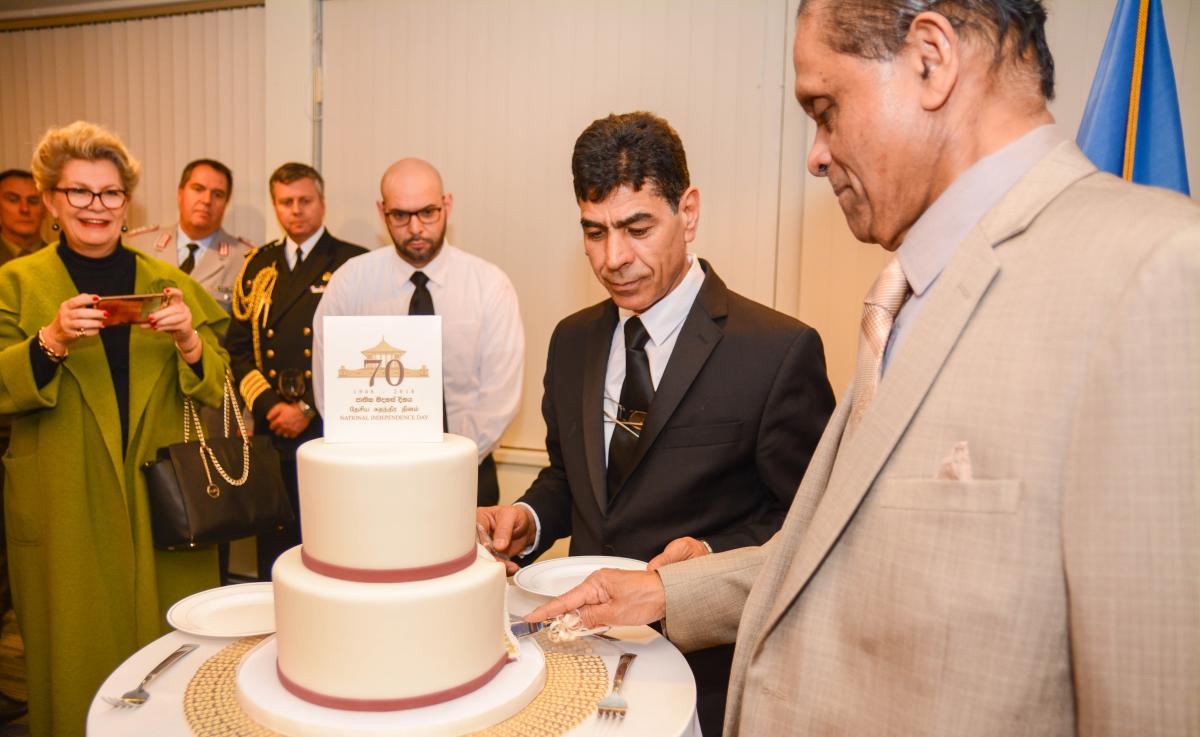 H.E. Dr. Rohan Perera cuts the ceremonial cake on the occasion of the 70th Anniversary of Independence

A section of the attendees at the reception