H.E. Kshenuka Senewiratne assumed duties at the Permanent Mission of Sri Lanka to the UN in New York on Monday 5th August following a solemn multi-religious ceremony invoking blessings for her tenure and the staff of the mission. The simple ceremony was followed by a traditional breakfast.

The Ambassador was greeted by the staff on arrival at the Mission, following which blessings were bestowed upon her and the officials by Ven. Kondanna Thero, Chief Incumbent of Staten Island Buddhist Vihara, Sri Vivekananda, Kurukkal of the Hindu Temple Society of North America, Imam Hafiz Lukman of Ridgewood and Rev. Fr. Rohan Dominic of the Claretian Congregation Church. 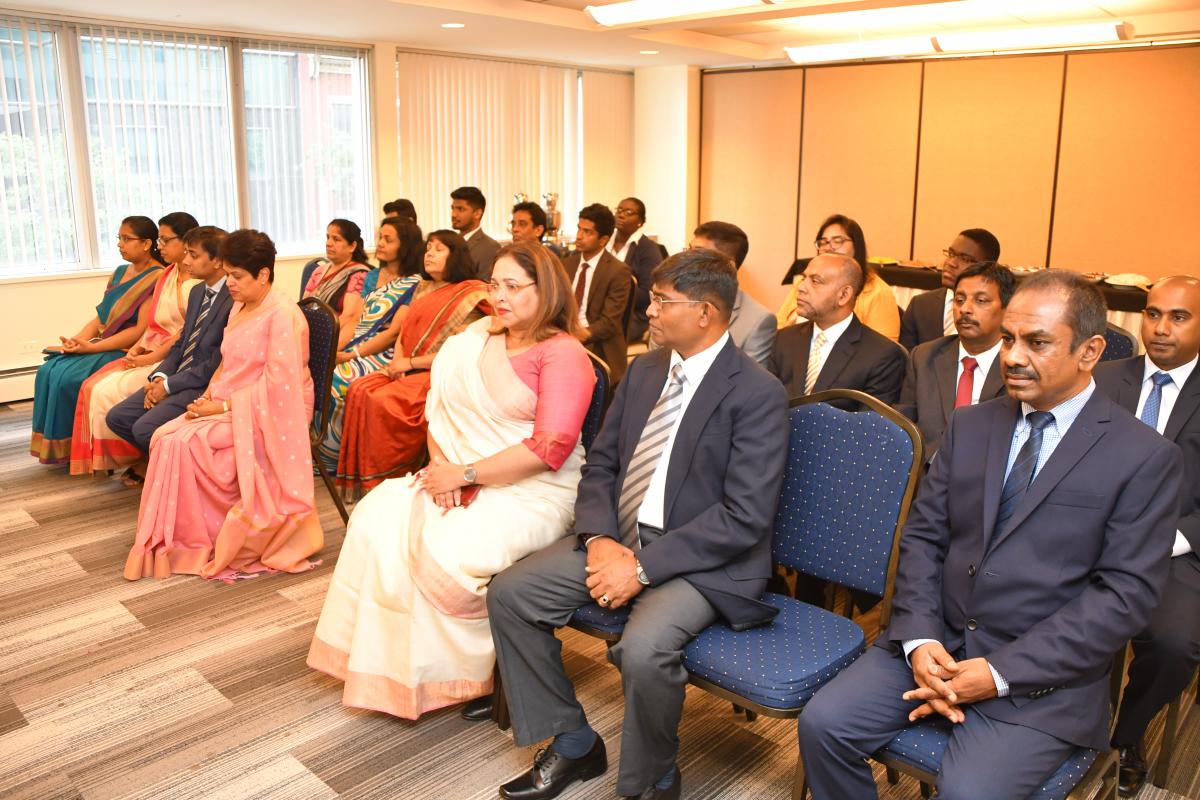 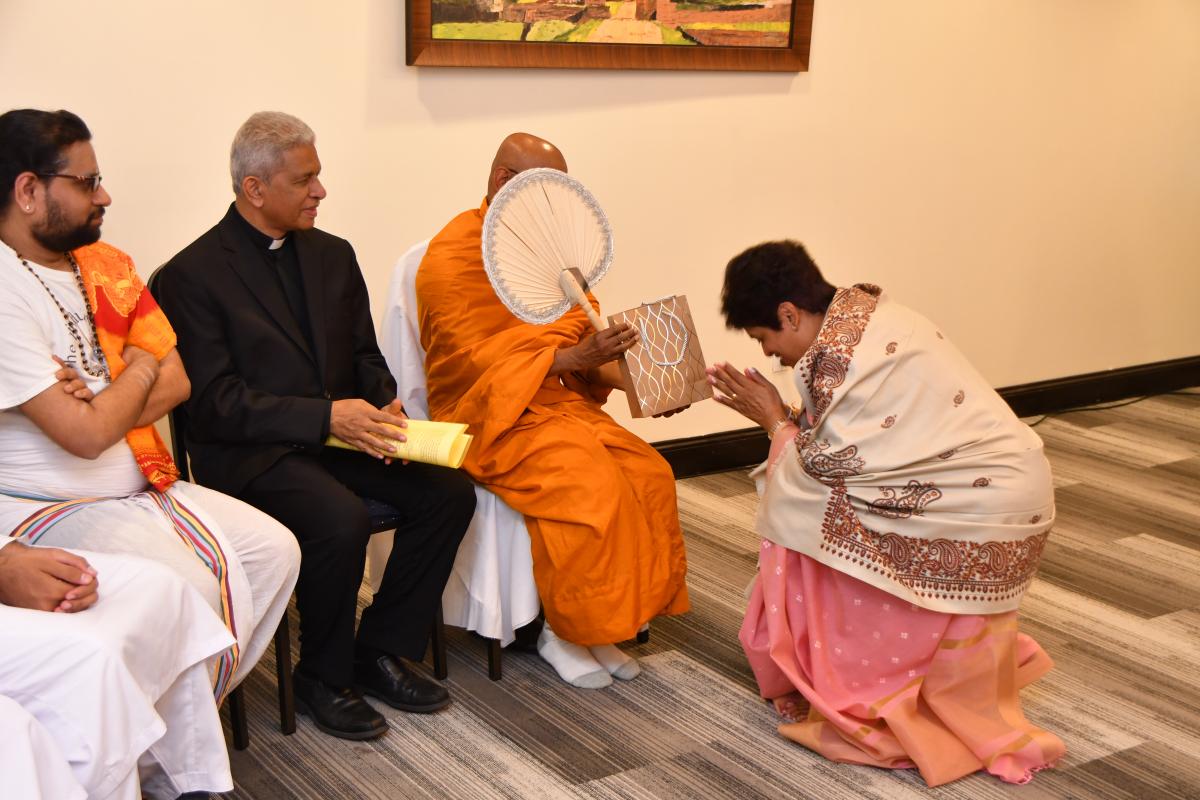