Sri Lanka co-hosted a Pledging Conference to Refinance the Secretary General’s Peacebuilding Fund (PBF).held on 21st September 2016 at the UN Headquarters in New York on the sidelines of the 71st sessions of the United Nations General Assembly.  Sri Lanka together with Kenya, Mexico, The Netherlands, Somalia, Sweden, Republic of Korea and the United Kingdom co- hosted the event. The conference was able to generate pledges from thirty countries amounting to a sum of US Dollars 152 million to support UN peacebuilding efforts across the globe. 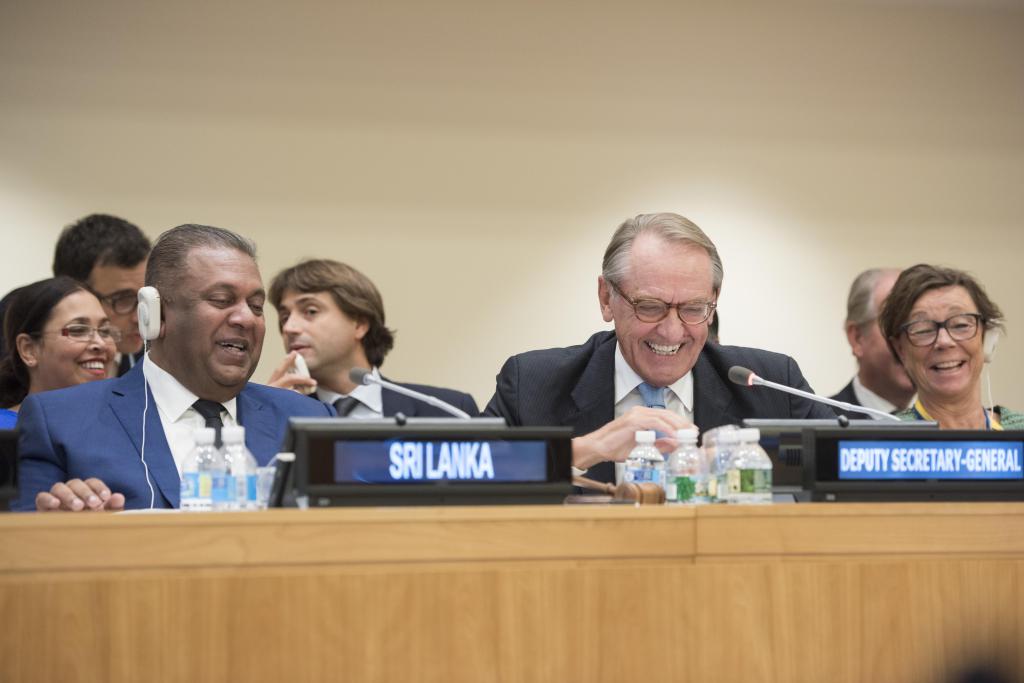 Foreign Minister Hon. Mangala Samaraweera, chaired one segement of the conference and delivered closing remarks on behalf of the co hosts. In his national statement delivered at the conference Hon. Mangala Samaraweera said that since the creation of the Fund in 2006, it had come to the assistance of many countries emerging from conflict. Sri Lanka, he noted, has been working closely with the Peacebuilding Support Office (PBSO) since the Presidential Elections of January 2015, when the Government prioritized reconciliation and development as twin agendas to be pursued in guiding the nation towards durable peace.  He pointed out that last year, Sri Lanka was declared by the UN Secretary-General as a country eligible to receive support from the United Nations Peacebuilding Fund. In his closing remarks on behalf of the co hosts, Minister Samaraweera said that due to the cooperation of member states, the Fund will be able to continue to support critical projects in countries emerging from years of violent conflict, like Colombia, and in other countries where peace is fragile and needs to be sustained, such as in Mali, Somalia and Sri Lanka. “We are also emboldened by the fact that so many of you pledged, making the Peacebuilding Fund one of the most broadly supported funds in the UN system, “ the Minister further said.