In the ensuing discussion with Ambassador Fatumanava Luteru, several issues of critical importance to the collective agenda of the UN and Pacific SIDS were discussed. These included the upcoming COP26 meeting in Glasgow and the need to send a clear message that the Pacific sees the 1.5degree Celsius as non-negotiable. The Pacific must also demonstrate unity and solidarity on other strategic issues including ocean governance, ocean pollution, sea-level rise and fisheries.

The President also referred to the signing ceremony for the new Agreement between the OACPS and the European Union, to be called the Samoa Agreement, in the first half of 2022. 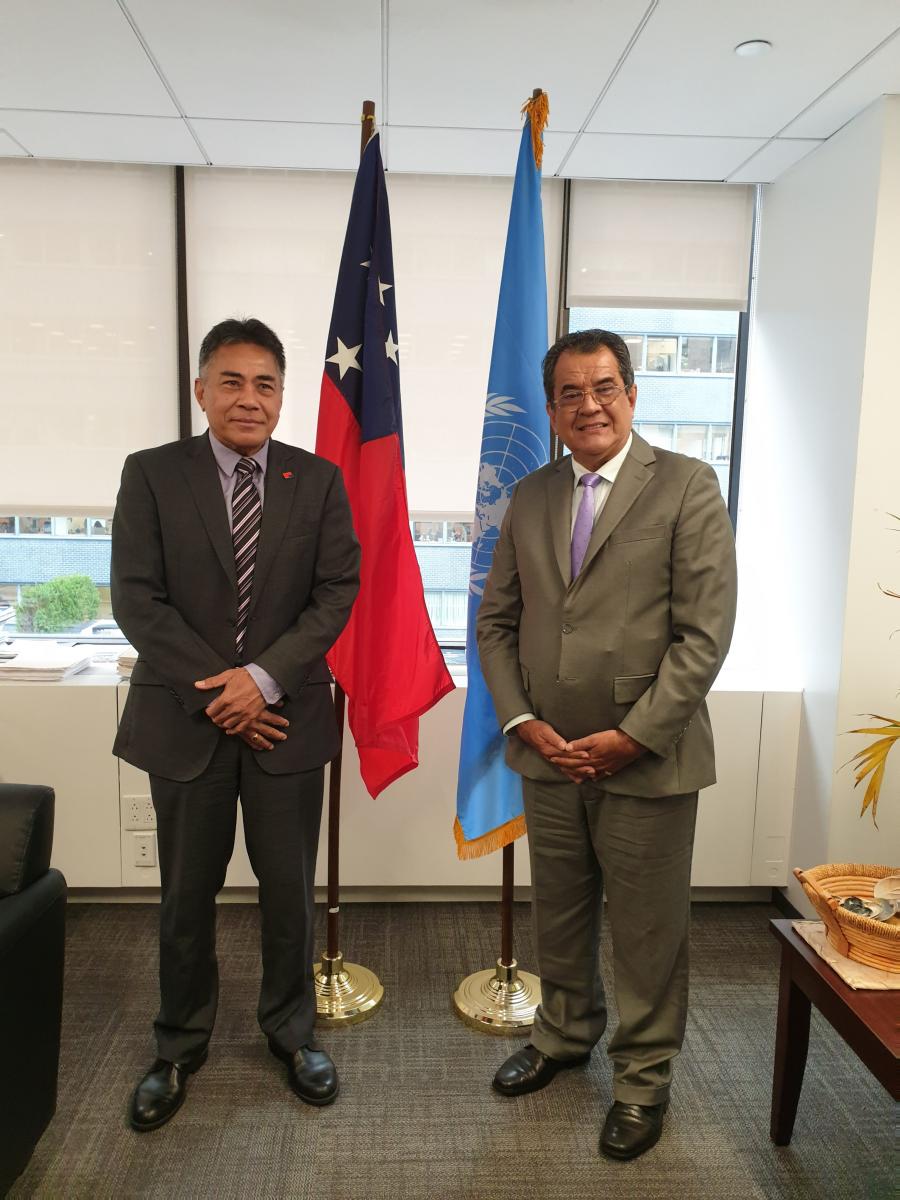