PH shares the success of the government’s national development plan 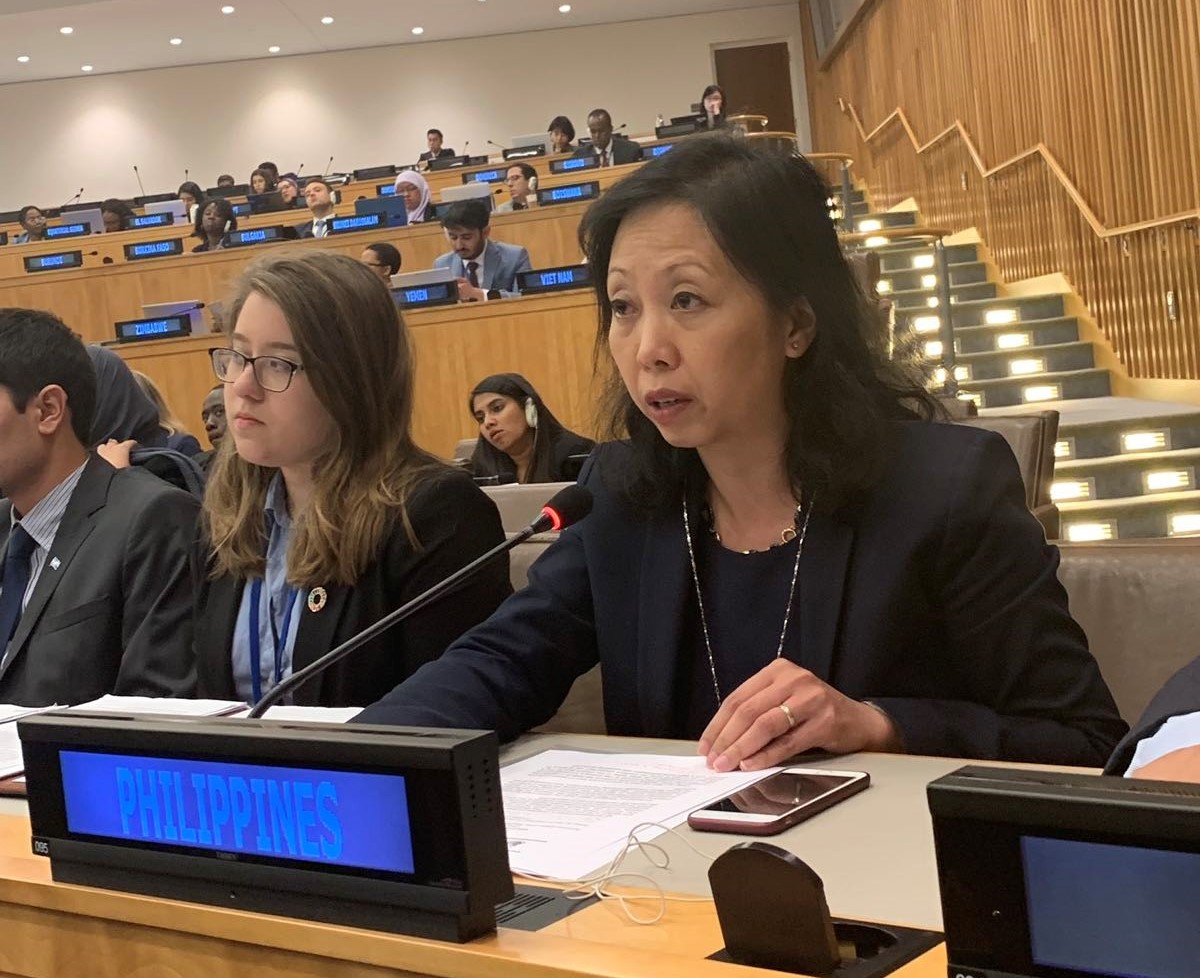 Photo caption: Kira Christianne D. Azucena, Deputy Permanent Representative and Chargé d’ affaires, a.i. , of the Permanent Mission of the Republic of the Philippines to the United Nations.

01 October 2019, New York – Deputy Permanent Representative Kira Christianne D. Azucena addressed the representatives from Member States, UN agencies and civil society organizations at the 74th Session of the Third Committee of the United Nations during its General Discussion on Social Development under Agenda 28, where she shared the status of the Philippines Development Plan 2017 – 2022, anchored on Ambisyon 2040 (Our Ambition 2040), the blueprint for the country’s development plan under President Duterte’s administration.

She noted that as of 2018, the country’s employment rate is above 94 percent, with a labor force participation rate exceeding 60 percent. She also mentioned the success of the Pantawid Pamilyang Pilipino Program (4Ps), the role of Filipino youth in political affairs and governance, and the prioritization of education in government spending. This year, more than 27 million students are availing themselves of free basic education. More than 600,000 out-of-school youth and adult learners also benefit from the Alternative Learning System. DPR Azucena also highlighted that human rights and development of the children, youth, women, indigenous peoples, older persons and persons with disabilities are also priorities of the Philippine Development Plan.

“The Philippines is and will remain to be a strong advocate for the positive role of migrants in socio-economic progress and continue to decry illegal drugs and will put collective effort to fighting this menace,” she said. END.