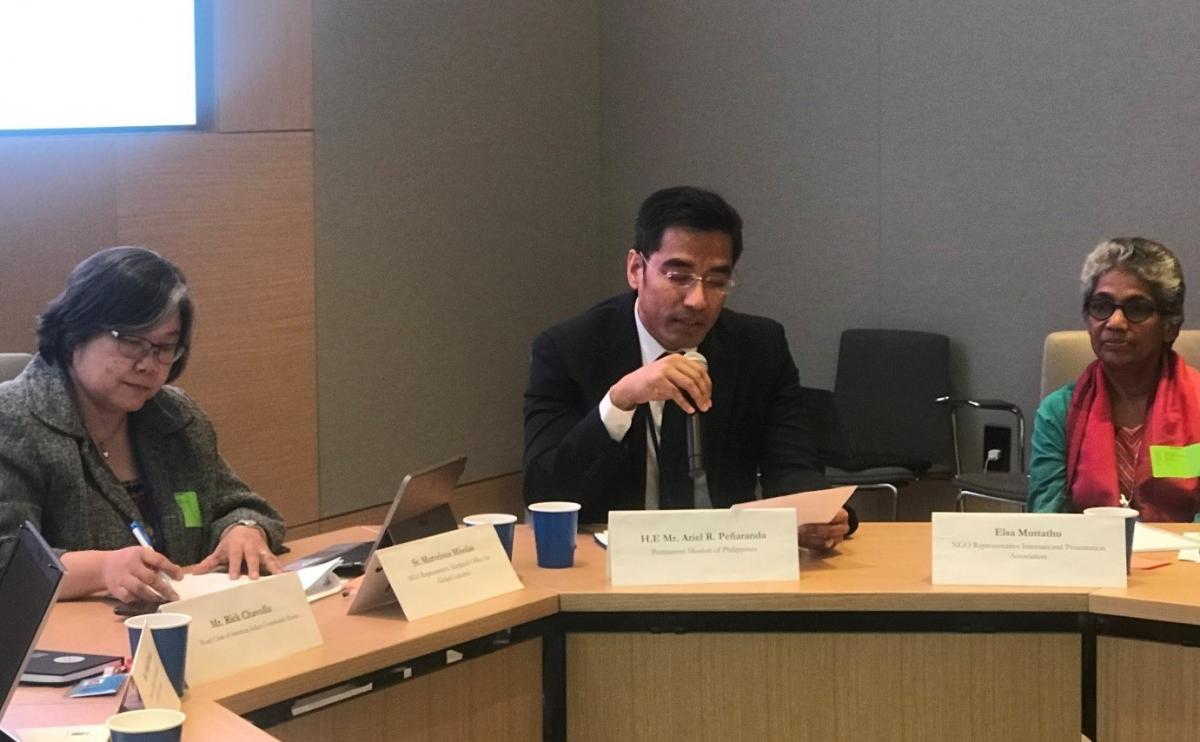 23 April 2019, New York – The Philippine Mission to the United Nations reported that Mr. Ariel Peñaranda, Minister at the Mission, addressed representatives of UN Member States and civil society organizations, including indigenous peoples organizations at the event entitled “Language as the lifeline of indigenous identity and transmission of culture.” It was held at the sidelines of the 18th session of the Permanent Forum on Indigenous Issues.

Minister Peñaranda outlined PH’s policies, programs and activities including the implementation of the Philippine Indigenous Ethnographies Project. He noted that the output of the multi-year project is centered on the production of ethnographies of indigenous peoples themselves.

“Through this project, indigenous peoples will be empowered to create their ethnographies, and utilize the same in the formulation of their own plans for the preservation and development of their culture, heritage and indigenous language” Minister Peñaranda said in his statement. Ethnography is the study and systematic recording of human cultures.

He shared Philippine Government’s efforts in convening national and regional consortia of government officials, indigenous leaders and indigenous peoples organizations to implement the project. Terms of cooperation among relevant agencies and advocacy and communication plans have also been formulated.

The Permanent Forum of Indigenous Issues (PFII) takes place from 22 April to 3 May at the United Nations Headquarters in New York. PFII is an advisory body to the Economic and Social Council mandated to deal with indigenous issues related to economic and social development, culture, the environment, health and human rights. END