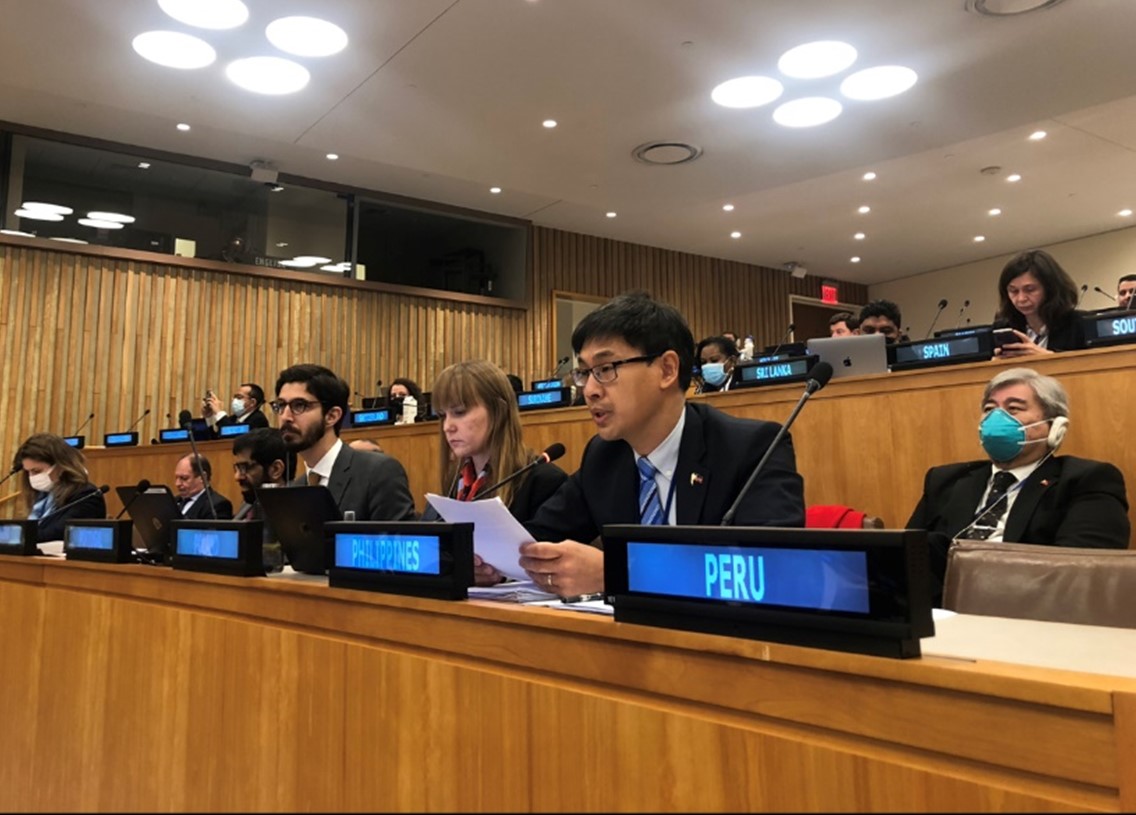 Photo caption: Secretary for Socioeconomic Planning Karl Kendrick T. Chua of the National Economic and Development Authority, in delivering the Philippine statement during the 55th session of the Commission on Population and Development (CPD55), highlights the government’s investments in infrastructure and human capital development. (Photo Credit: New York PM)

UNITED NATIONS, NEW YORK, 25 April 2022 – The Philippines has made significant progress in achieving the goals of the Program of Action of the International Conference on Population and Development (ICPD) through strong macro-fiscal foundations and investments in infrastructure and human capital development made before the COVID-19 pandemic. This was stated by Mr. Karl Kendrick T. Chua, Secretary for Socioeconomic Planning of the National Economic and Development Authority (NEDA) at the General Debate of the 55th Session of the Commission on Population and Development (CPD55).

Secretary Chua highlighted the Responsible Parenthood and Reproductive Health Act of 2012, which granted universal access to modern contraceptives at government health centers; the Enhanced Basic Education Act of 2013 which shifted to a 13-year basic education system; and the Universal Health Care Act that expanded healthcare access and coverage for all Filipinos as the government’s main programs and initiatives that contribute to poverty reduction in the country in line with the goals of the ICPD.

Secretary Chua also noted that the COVID-19 pandemic did not waiver the government’s resolve to build a stronger and more inclusive society. This is evidenced by the accelerated implementation of the Philippine Identification System that aims to provide every Filipino with a unique and digitalized proof of identity. The System will transform how the government delivers social assistance and ensure financial inclusion, thus helping to lift more Filipinos out of poverty.

“As we move forward from this crisis, we need to put the poor and vulnerable more at the center of our development strategies. In the succeeding Philippine Development Plan, we intend to prioritize smart infrastructure, regional equity, innovation, and climate change mitigation and adaptation as the four pillars to help us achieve rapid and more inclusive growth,” Secretary Chua said in his statement.

The 55th Session of the Commission on Population and Development, chaired by Ambassador Enrique A. Manalo, Permanent Representative of the Philippines, was held in a hybrid format from 25-29 April 2022 under the theme: “Population and sustainable development, in particular sustained and inclusive economic growth.” END