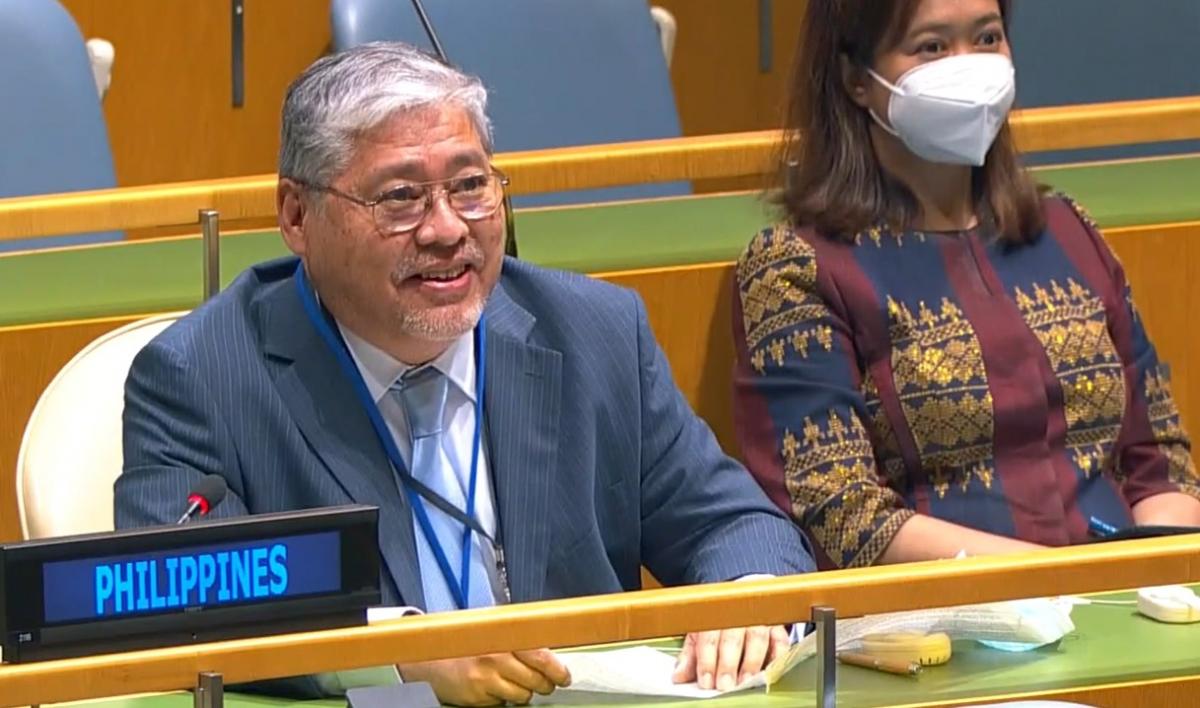 Ambassador Enrique A. Manalo, Permanent Representative of the Philippines to the United Nations, welcomed the adoption by consensus of the  Global Counter-Terrorism Strategy at the UN General Assembly.

30 June 2021, New York – At the United Nations General Assembly (UNGA) today, Ambassador Enrique A. Manalo, Permanent Representative of the Philippines to the United Nations, welcomed the adoption, by consensus, of the resolution on the updated UN Global Counter-Terrorism Strategy (GCTS), stating that the GCTS must evolve with changing terrorist threats.

“To stay relevant, the GCTS must remain a living document – evolving with the times and the shifting paradigms of terrorism while being realistic and responsive to the needs of Member States,” Ambassador Manalo said, noting the substantive updates in the GCTS. He highlighted how the COVID-19 pandemic has changed the global security landscape, with terrorists shifting their operations to the cyberspace.

Initially adopted in 2006 by the UNGA, the Strategy is a unique global instrument to enhance national, regional and international efforts to counter terrorism. The General Assembly reviews the Strategy every two years to ensure that the document stays attuned to the Member States’ counter-terrorism priorities.

“A consensual and truly global counter terrorism strategy, reflecting balance among the diverse interests of the member states, as well as balance among the four pillars of the Strategy is critical for states confronted with terrorism,” Ambassador Manalo added.

Ambassador Manalo shared how the Philippines adopted a national strategy to counter terrorism based on the four pillars of GCTS in the wake of the Marawi siege.

“The Philippines partnered with communities; countered terrorist financing; enhanced border control, including through joint maritime border patrols; ramped up law enforcement; optimized international cooperation; and revamped its counter-terrorism legislation,” the Ambassador informed the UNGA, and he highlighted as well the passage  of the Anti-Terrorism Act last year.

Consensus on the GCTS this year followed the protracted negotiations facilitated by the Permanent Representatives of Spain and Oman. Ambassador Mohamed bin Awad Al Hassan, the co-facilitator from Oman, said, “Without a doubt, the consultations and negotiations were long and somewhat difficult, which is normal, but at the same time they were promising and exciting, as they showed us the ability of Member States to negotiate and reach agreements and understandings that meet everyone's concerns.”

The adoption of the GCTS fifteen years ago was the first time that UN Member States agreed to a common strategic and operational approach to fighting terrorism. END