Women and the Universal Declaration of Human Rights 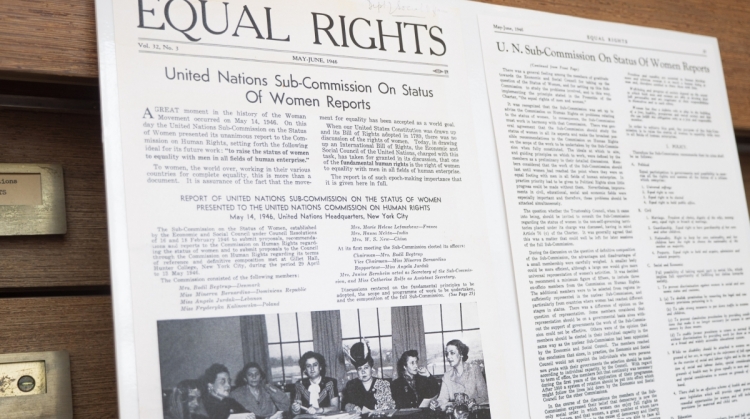 Has research been undertaken into the role of women in the drafting of the Universal Declaration of Human Rights from 1945 to 1948? Who were the women delegates that took part in the drafting and what was the result of their influence?

When then Human Rights PhD student Rebecca Adami contacted the Dag Hammarskjöld Library in 2013, she was trying to answer these questions, with a particular focus on non-Western women delegates at the UN.  After extensive research at the UN’s Library and Archives, Ms. Adami unveiled new facts about the origins of the UN Charter and the UDHR in her book “Women and the Universal Declaration of Human Rights”.

These core findings of the research were presented by Ms. Adami as she launched her book on 5 December 2018 at the Dag Hammarskjöld Library’s Second Floor Reading Room, in advance of the 70th anniversary of the UDHR on 10 December 2018.

The research revealed that the UDHR was decisively shaped by a few women whose contribution remained mostly unknown, with the notable exception of Eleanor Roosevelt, until the publication of Ms. Adami’s book. Despite representing different cultural and religious backgrounds, these trailblazing women managed to unite and change the wording of the Declaration from “men” to “all human beings”, and to include the notion of non-discrimination based on sex. 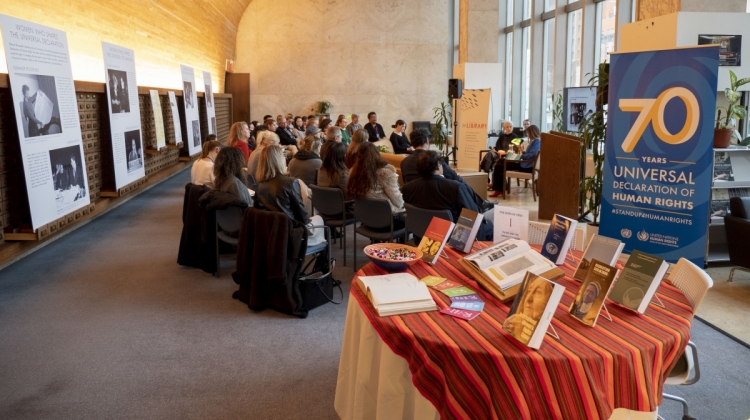 “We need to tell the stories of women who have a voice, not only human rights victims”, she said. “This book tells the story of strong women who had an agenda and came to the UN from afar to push it, despite being a minority in rooms full of men.”

The event was part of the Library’s Insight Series of events, and was moderated by Nanette Braun, Chief, Communications Campaigns Service (DPI).   Ms. Adami’s book is available from the Dag Hammarskjöld Library.

To find out more about the drafting and history of the UDHR, explore our research guide, and browse our Ask DAG FAQs.  Listen to the author in a UN News interview, and read more about the women who shaped the UDHR.