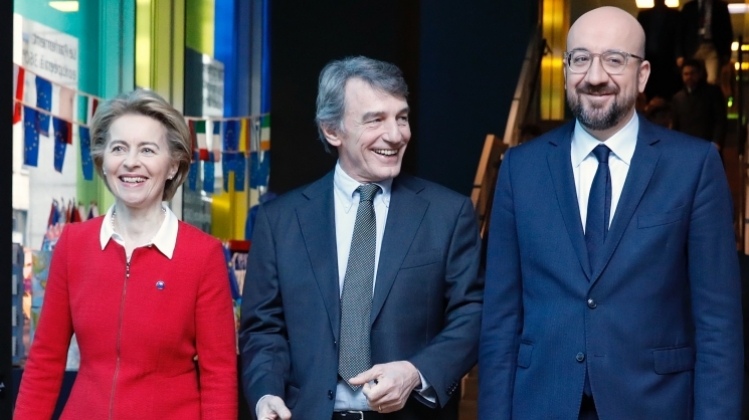 On 1 December, the European Union changed its leadership. Former German Defence Minister Ursula von der Leyen became the European Commission’s first female President after securing the approval of the European Parliament, including for her team of Commissioners.

Former Belgian Prime Minister Charles Michel was named as the President of the European Council and took up his post also on 1 December. The European Parliament had already elected the Italian David Sassoli as its President on 3 July.

Ursula von der Leyen expressed her intention to lead a “geopolitical commission”, with European climate neutrality by 2050, "the European Green Deal", and a "stronger Europe in the world", amongst priorities.

Through the creation of the portfolio “promoting our European way of life”, led by Margaritis Schinas, the Commission is attempting to consolidate its migration policy with economic needs.

Alongside Schinas, Home Affairs Commissioner Ylva Johansson is continuing the work on the EU Security Union including on Counter-Terrorism.

Former Spanish Foreign Minister Josep Borrell took on the role of High Representative/Vice President, representing the EU’s foreign policy and has already prioritised work on Libya, the Sahel, the Middle East, Iran and the Western Balkans.

The European Union’s immediate neighbourhood, the Horn of Africa, Central Asia and Latin America are also of importance, as is partnership with the United Nations and the African Union.

In September 2018, the UN and EU endorsed eight joint priorities for strategic partnership on peace and security. In April 2019, the European Union endorsed the UN-EU Framework on Counter-Terrorism.

The European Union remains an important international donor in the area of peace and security and negotiations between EU member states have started on the budget for the period 2021-2027.

The UN Liaison Office for Peace and Security in Brussels (UNLOPS) stands ready to provide further information and support for visits by HQ and the field to Brussels.