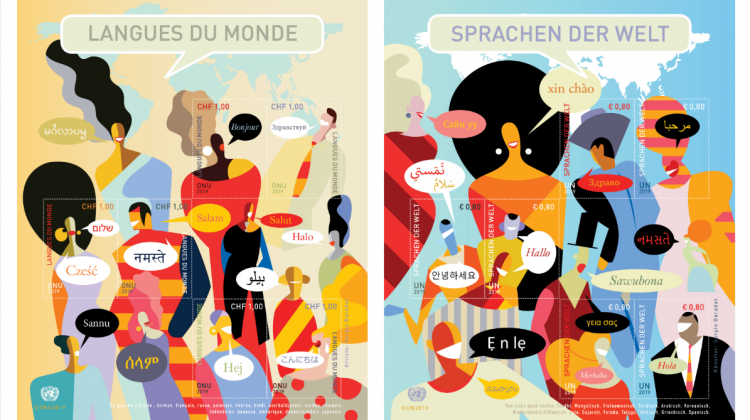 The stamps sheets feature greetings in 41 languages. They were designed by Sergio Baradat (United Nations).

Language plays a crucial role in the daily lives of people. It is through language that we communicate with the world, define our identity, express our history and culture, learn, defend our human rights, and participate in all aspects of society.

People use language to reveal their unique modes of thinking, meaning and expression; to preserve their community’s history, customs and traditions; to save their memory, and to construct their future.

Despite their immense value, languages around the world continue to disappear at an alarming rate. The United Nations declared 2019 The Year of Indigenous Languages to raise awareness about these unique languages and to appreciate the important contribution they make to our world’s rich cultural diversity.

To purchase these stamps, as well as other UNPA products, please go to unstamps.org or visit the UN stamp counters in New York, Geneva, and Vienna.

The stamps can be used to mail postcards and letters around the world, provided they are sent from the UN headquarters in New York, Geneva or Vienna respectively.