At senior management meetings, Hester Paneras is often the only woman in the room. “I am 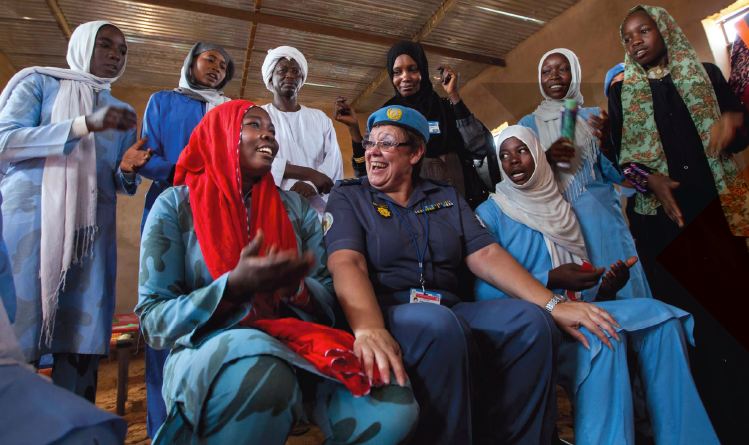 used to it,” says the Police Commissioner of the African Union/United Nations Hybrid operation in Darfur(UNAMID). “When I started my career in South Africa in 1979, women police officers were not allowed to be in charge of men,” she adds. Today, she presides over one of the largest UN police component in peacekeeping, with 3,500 international police officers reporting to her – most of them men. Paneras says the advantages of having more female peacekeepers in a setting where the vast majority of displaced persons are women and children are clear. “Things are much easier when we have women on the ground,” Paneras says,“When civilians see a woman police officer, their faces light up. It’s like they get a connection, they relate.”

The full article is accessible on UNDP’s website here.

More about the UN Peacekeeping mission in Darfur.