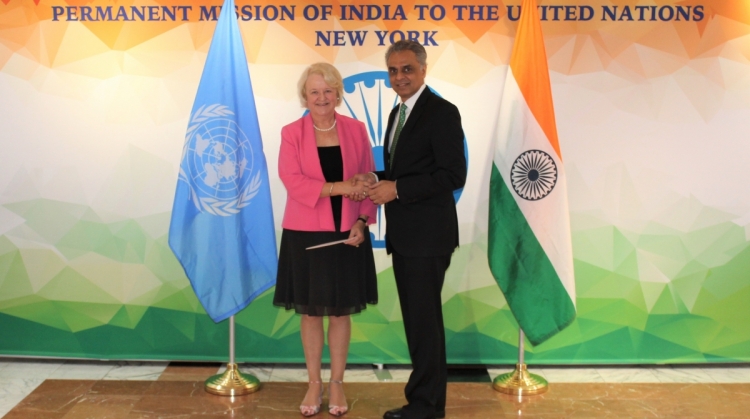 In support of climate action and to advocate for the use of clean and renewable sources of energy at the United Nations, the Government of India has committed US$1 million towards a project to install solar panels and a green roof on the Conference Building of the United Nations Headquarters.

The contribution was received by Under-Secretary-General for Management, Jan Beagle, at a meeting organized by the Permanent Mission of India to the United Nations to confirm the Government of India's commitment to climate action and energy efficiency.

The Permanent Representative of India, Ambassador Syed Akbaruddin, emphasized that harnessing solar energy was an important aspect of using renewable energy. He said, “It is my hope that installing solar panels at UN Headquarters would set in motion enhanced solar energy cooperation at the international stage.”