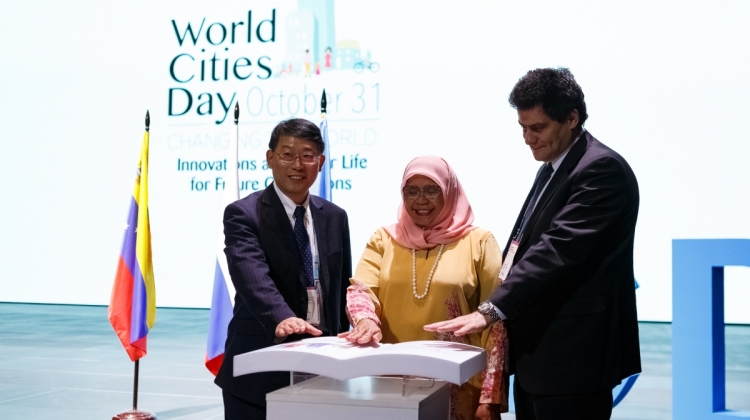 The first ever global observance of World Cities Day in the Russian Federation attracted participants from over 40 countries to explore how innovations can improve the lives of urban residents now and in the future.

During the high-level opening session, UN-Habitat’s Executive Director, Maimunah Mohd Sharif, said innovation was often born in cities and should be used to improve life for everyone.

“Imaginative ideas will allow us to be more efficient and effective in the way we manage our resources, we move people and goods, deliver our services and construct our infrastructure and buildings,” she said referring to this year’s World Cities Day theme - Changing the world: Innovations and a better life for future generations.

Several speakers at the event, which attracted over 650 participants, mentioned the importance of involving the residents of cities.

The Head of the United Nations Information Centre in Moscow, Vladimir Kuznetsov, read the statement of the Secretary-General, which declared that the climate battle would be won or lost in cities.

“From electric public transport to renewable energy and better waste management, many of the answers needed for the transition to a sustainable, low-emission future are already available,” the Secretary-General stated.

The UN-Habitat Executive Director, the Mayor of Ekaterinburg Aleksandr Vysokinskiy and the Deputy Director-General of Shanghai Municipal Housing and Urban-Rural Development and Management Shanghai, Zheng Zhang, launched the 2019 edition of the Shanghai manual standing next to a plastic replica of the manual which, after a count down, lit up.

Read the full article on the UN Habitat website