Photos
Hon. Pradeep Kumar Gyawali, Minister for Foreign Affairs and the Head of Nepali delegation to the 74th session of the United Nations General Assembly, addressed the General Debate on 27 September 2019. On the sidelines of the Debate, the Hon. Minister attended a number of high-level meetings. Besides chairing the informal session of the SAARC Council of Ministers, Hon. Gyawali also held several bilateral meetings with his counterparts. Hon. Upendra Yadav, Deputy Prime Minister and Minister for Health and Hon. Shakti Bahadur Basnet, Minister for Forests and Environment also participated several important events in New York. These are some pictures taken during those special occasions. Most of these photos were taken by Mission staff, except some as indicated. 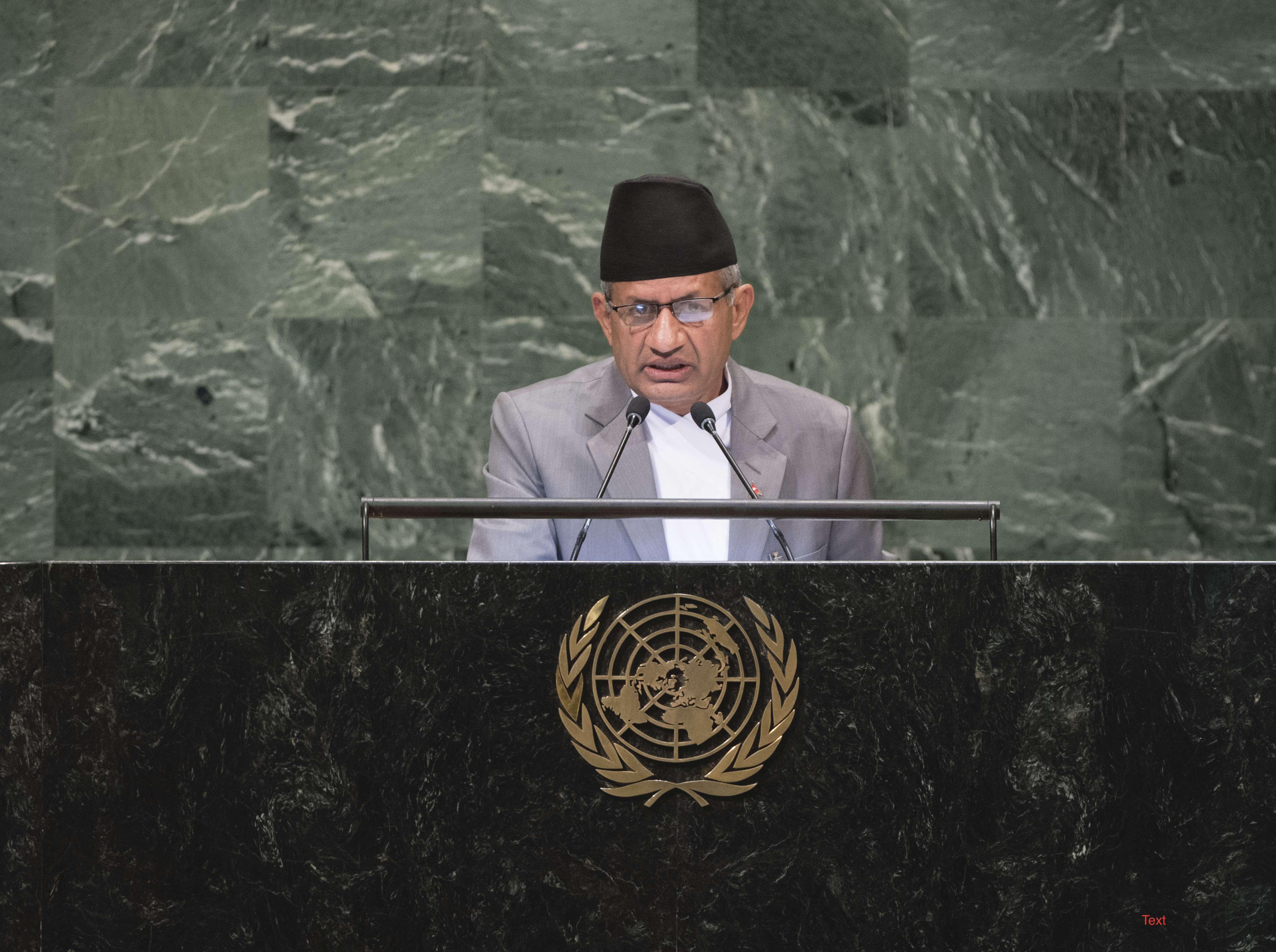 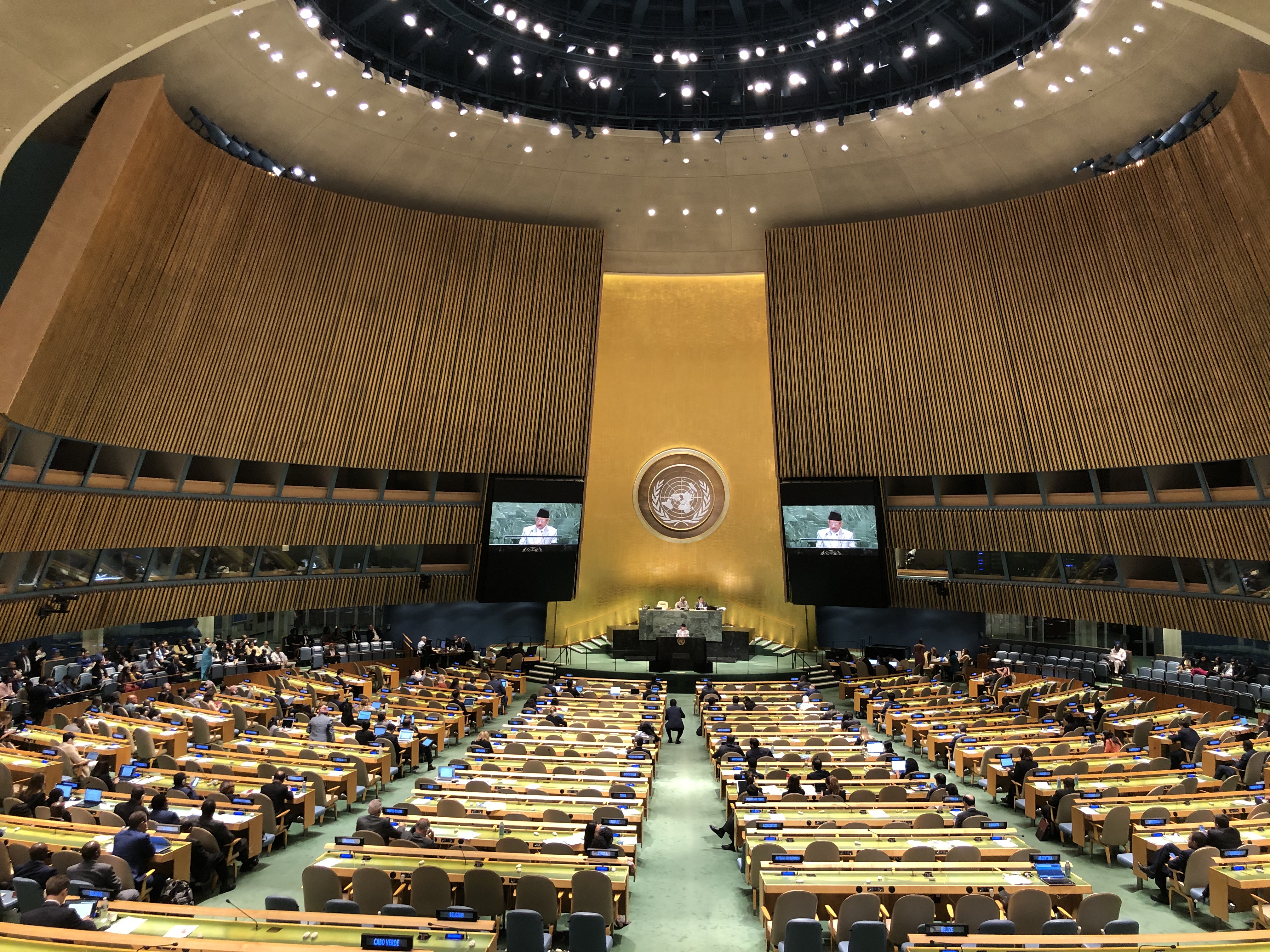 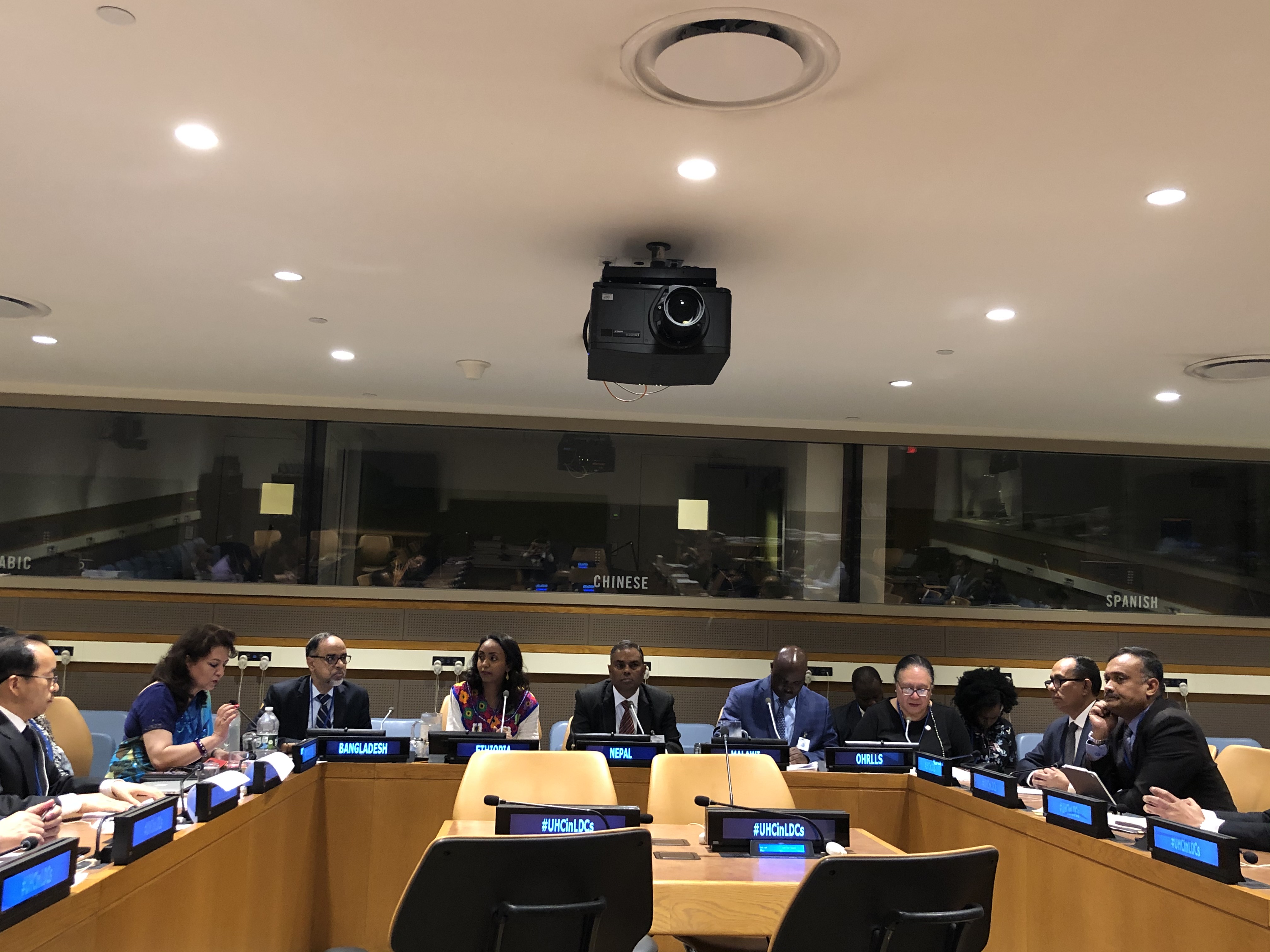 Hon. DPM and Health Minister chairs a High-level Event organized by Nepal and others 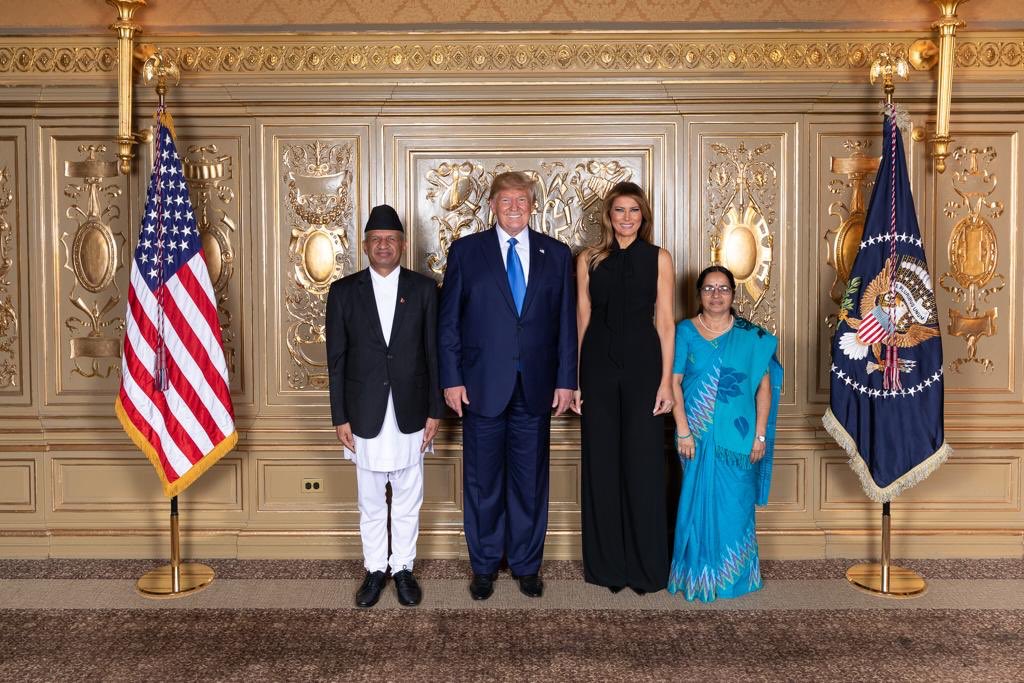 Hon Minister with the US President H.E. Donal J. Trump with their spouses
The Foreign Minister, accompanied by his spouse Mrs. Saraswati Gyawali, joined a reception hosted by the U.S. President H.E. Mr. Donald J. Trump and Mrs. Melania Trump in New York on 24 September 2019. (Photo courtesy: US Mission to UN) 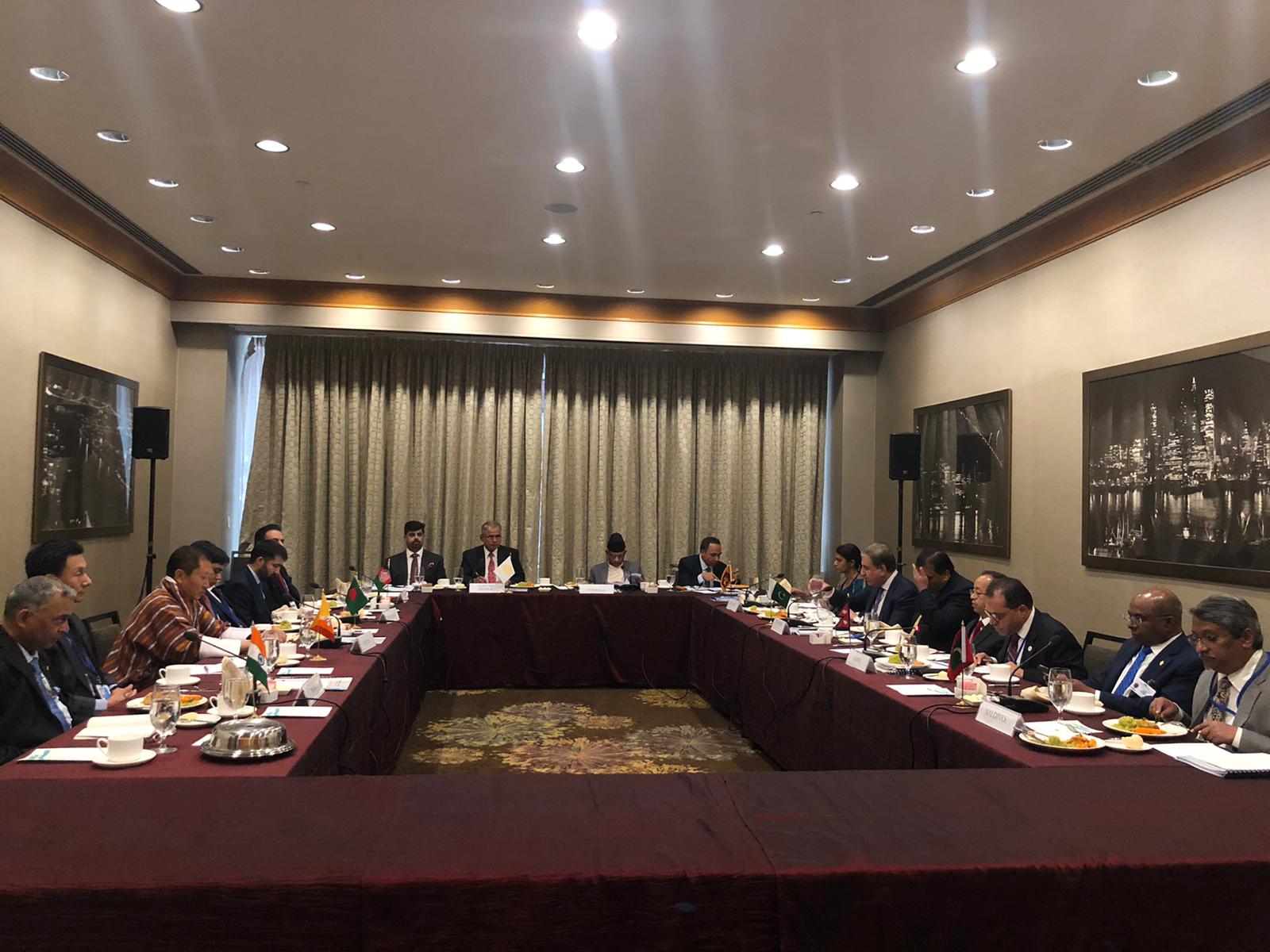 Nepal chairs the informal meeting of SAARC
Hon. Gyawali hosted and also chaired, today afternoon, the Informal Meeting of the SAARC Council of Ministers which was attended by Foreign/External Affairs Ministers as well as other delegates of the SAARC Member States. While highlighting the potentials and prospects of the South Asian region, the Hon. Minister expressed the view that effective cooperation at the regional level will help utilize the strengths of the region for changing the socio-economic landscape. 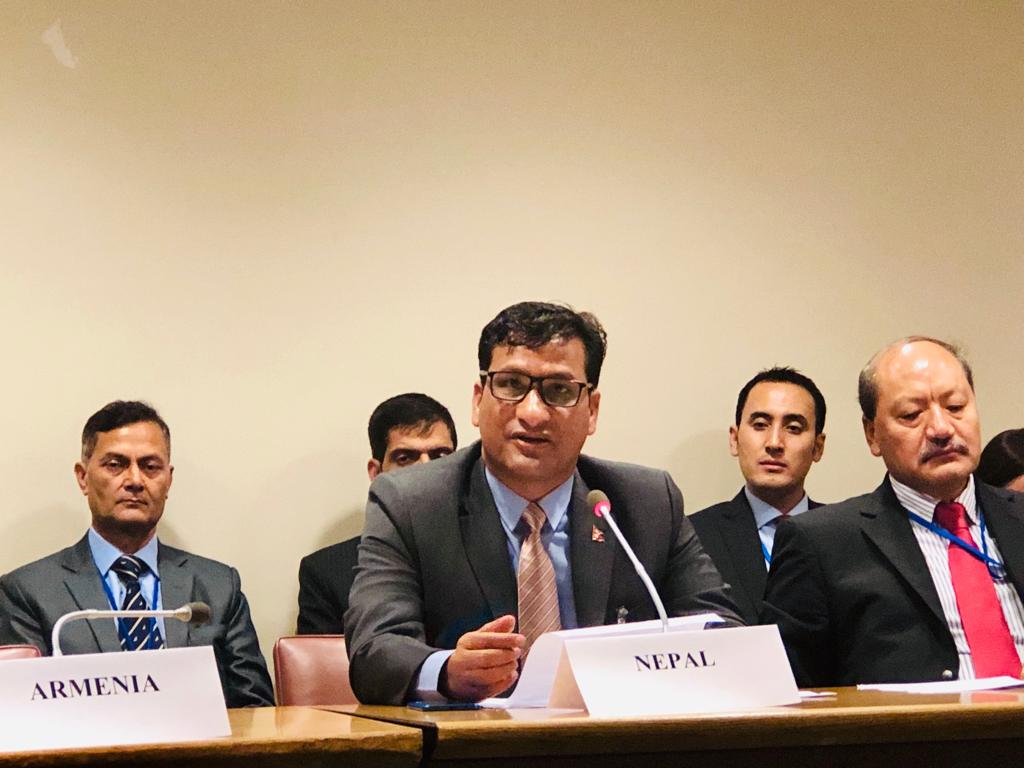 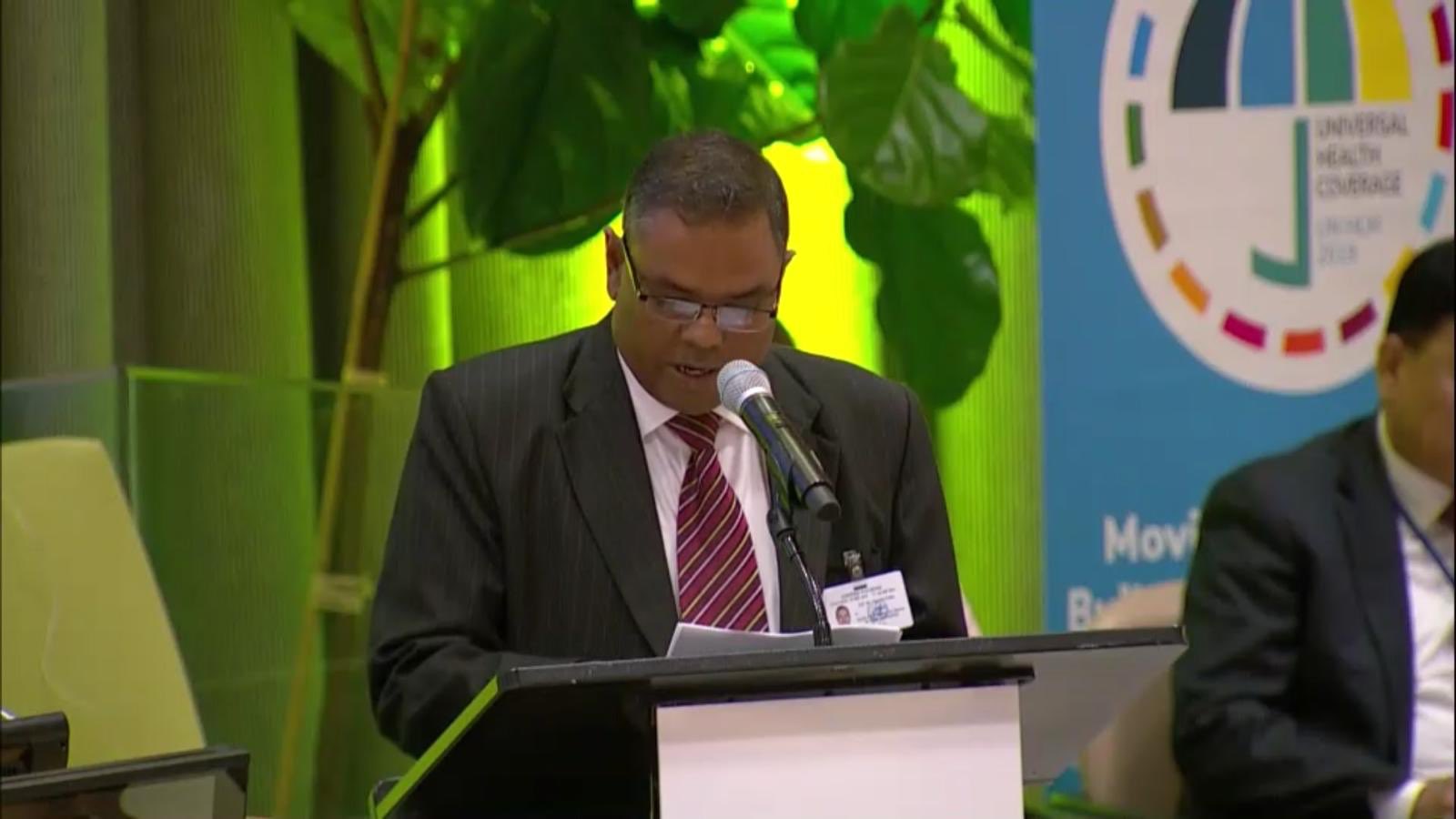 Hon. DPM addresses High-level meeting of GA on UHC in New York
Hon. Upendra Yadav, Deputy Prime Minister and Minister for Health and Population attended the HLM on in New York on 23 September 2019. In his address, he highlighted Nepal’s plans and progress in achieving UHC and the need for more partnerships and accelerated action. 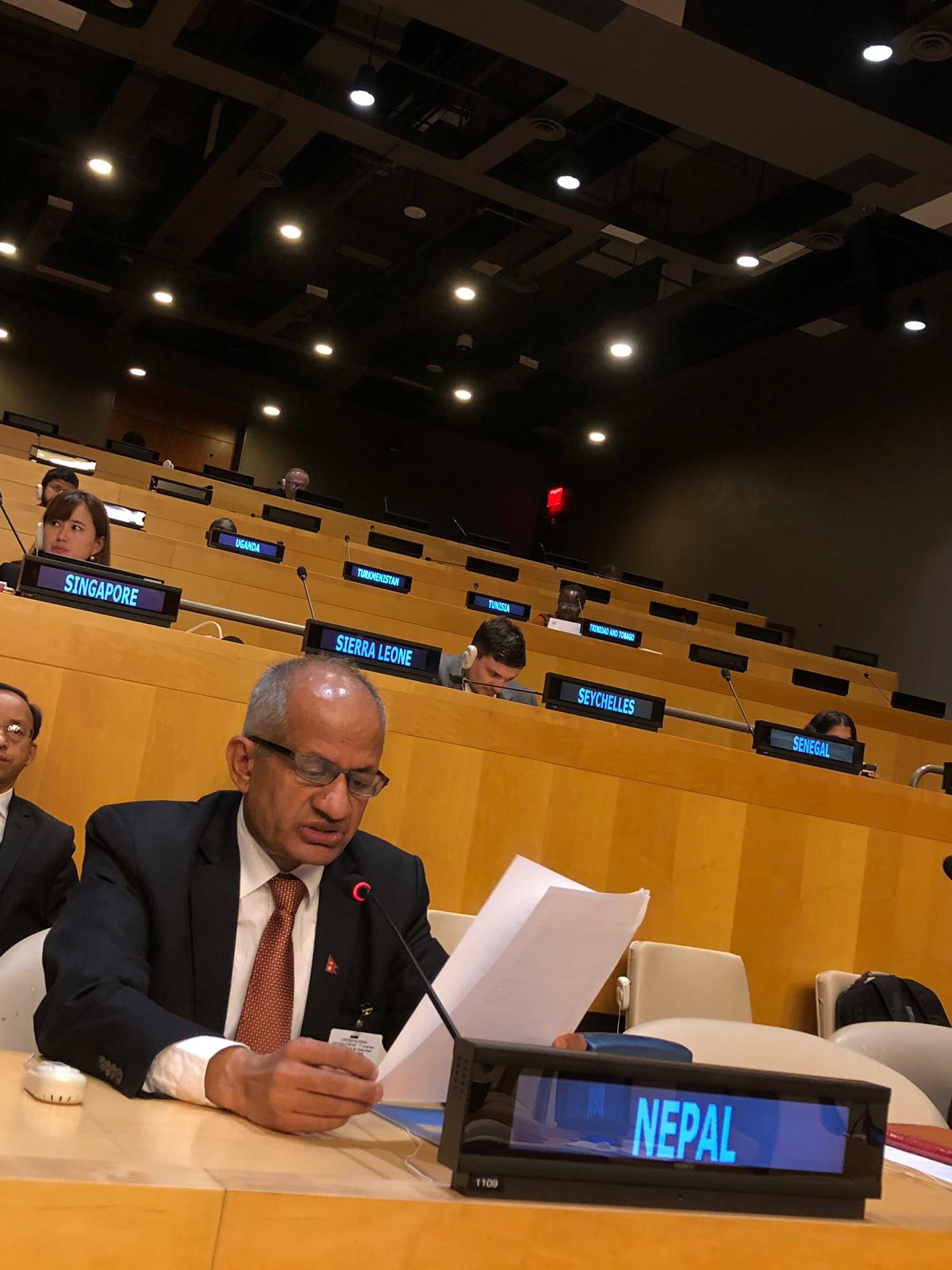 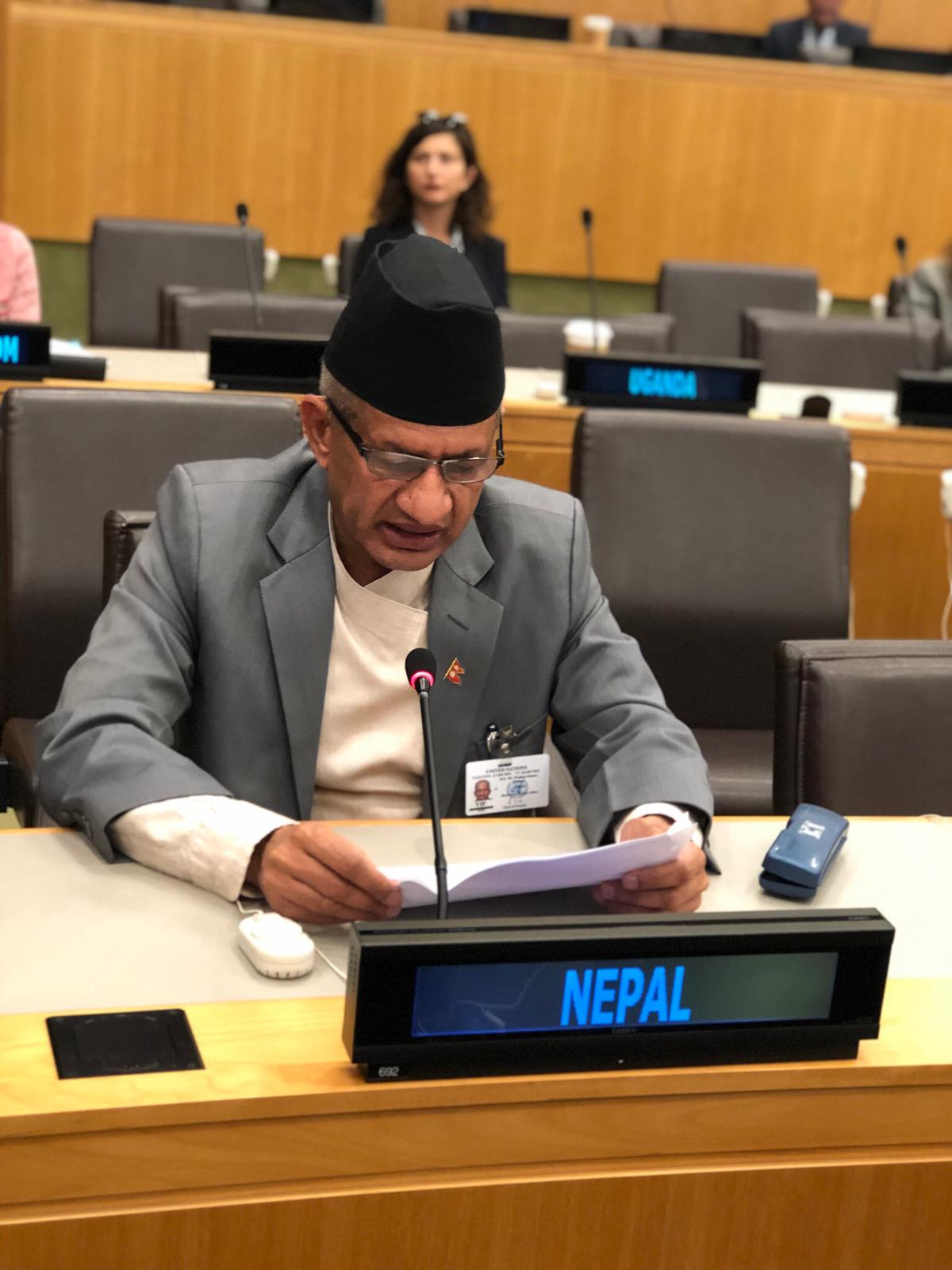 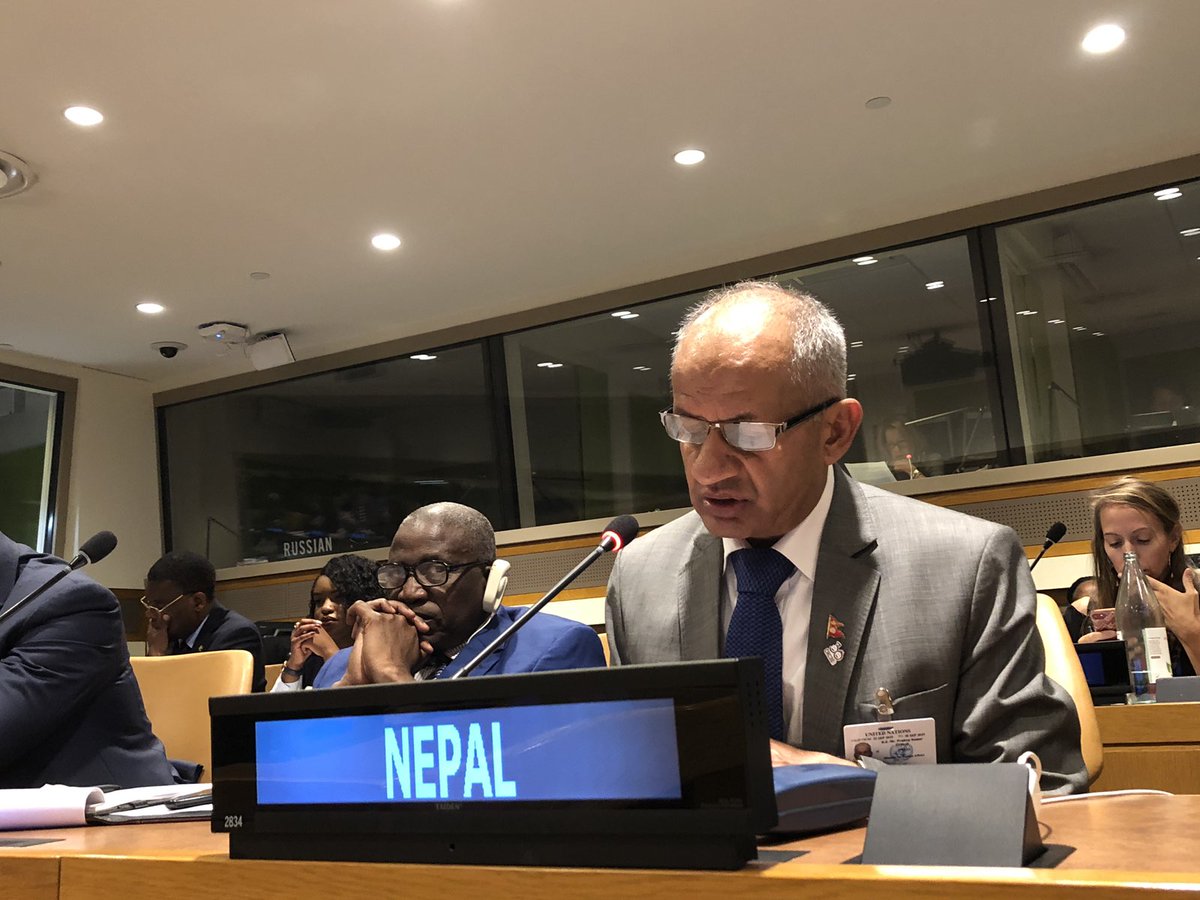 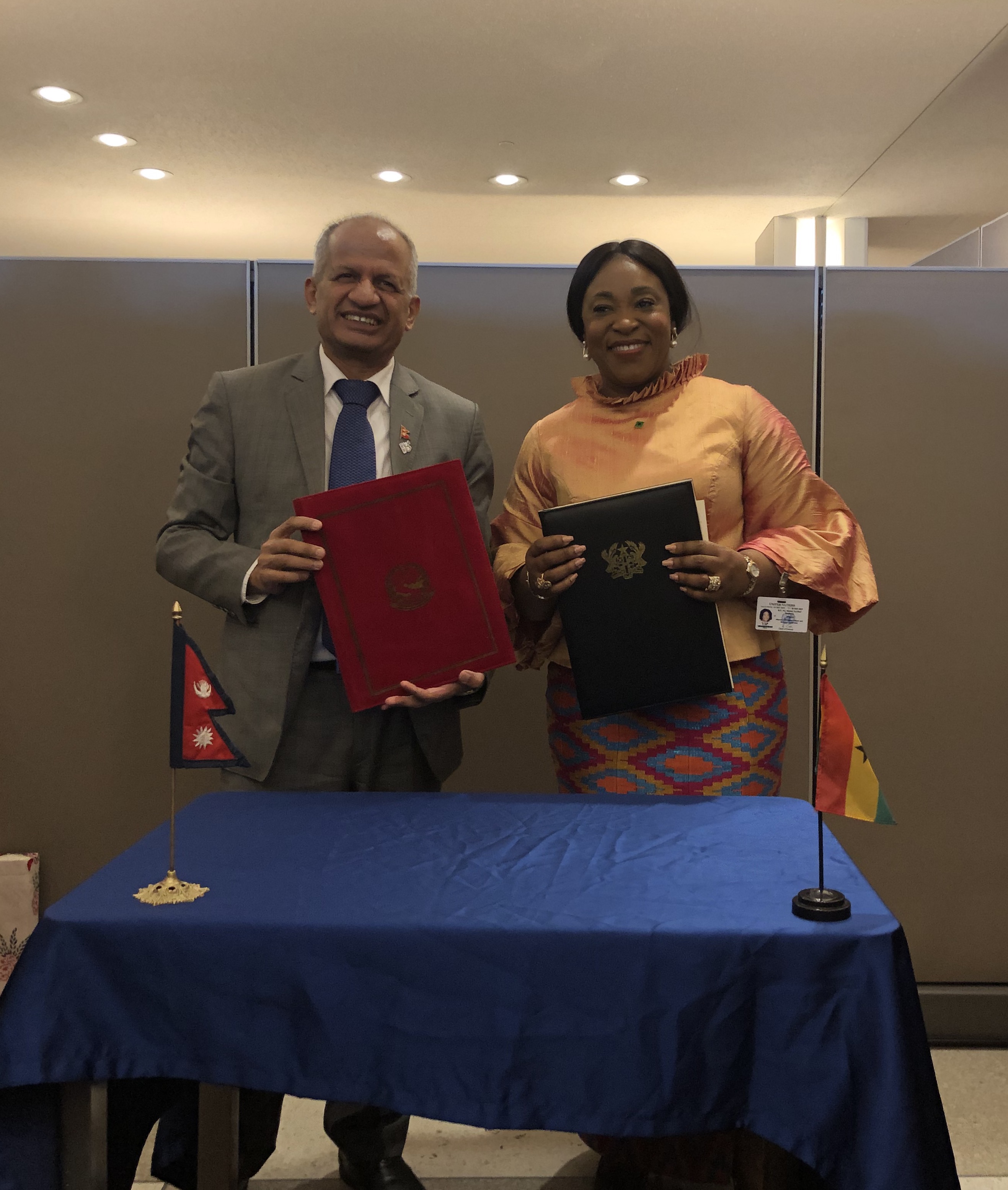