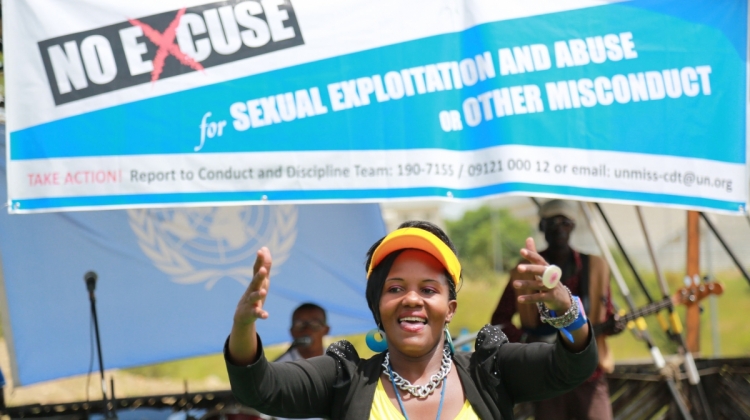 A new pocket-sized card - designed to remind all United Nations personnel serving in South Sudan of their responsibility to prevent sexual exploitation and abuse - has been launched by the Special-Representative of the Secretary-General.

A new pocket-sized card is being distributed to reinforce the message to all UN personnel that there is “Zero Tolerance, No Excuse and No Second Chance” for 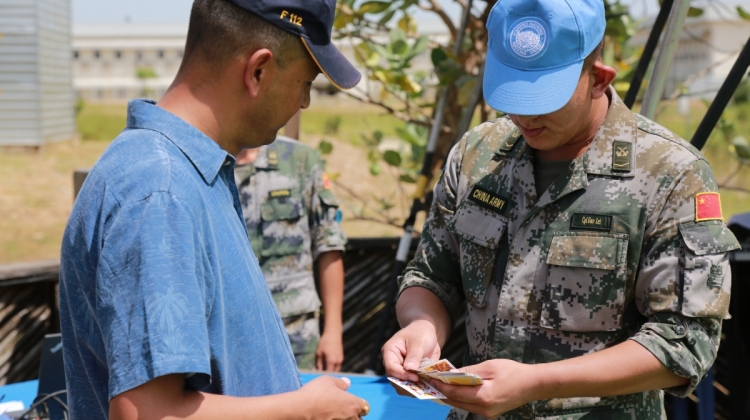 anyone who sexually exploits or abuses others. They have gone out to those serving in the UN Mission in South Sudan (UNMISS).  David Shearer, Head of UNMISS, was on hand to launch the cards at UN Day celebrations in Juba.

“I carry my card with me in my wallet at all times,” said Shearer. “The message is very clear - that there is zero tolerance and no excuse for this kind of behaviour and there will be no second chances for offenders.”

He said that ending sexual exploitation and abuse was a priority for UNMISS as is ensuring that the rights and dignity of victims come first.

The “No Excuse” card is part of a campaign led by the Secretary-General to ensure that UN staff around the world are aware that sexual exploitation and abuse is unacceptable and will not be tolerated.

The cards, which include contact details for reporting allegations, must be carried by UN staff in South Sudan at all times.