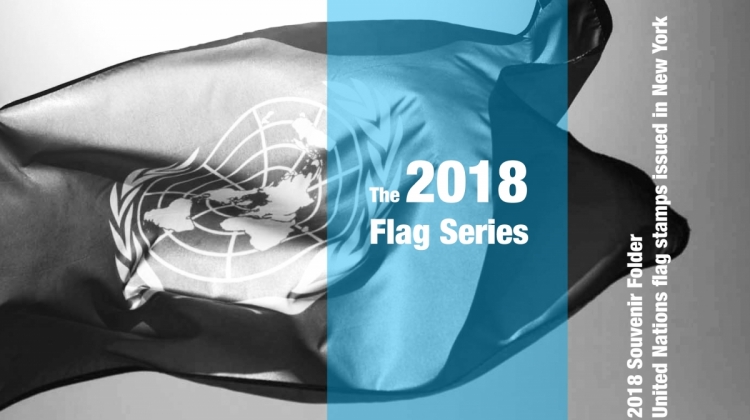 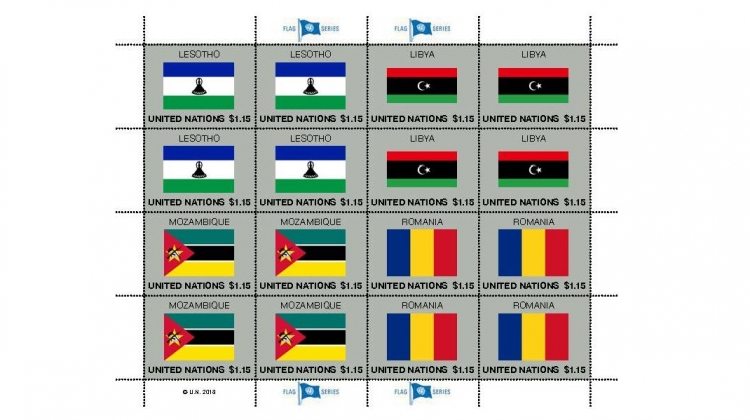 Originally launched in 1980, the Flag series was created to honour the Member States of the United Nations. Each year, UNPA issued 16 Flag stamps until 1989 by which time all Member States had been represented on a stamp.  Due to the popularity of the country flags, the series resumed in 1997 and additional stamps recorded new Member States admitted to the UN. In 2013 and 2014, new Flag stamps were issued for Member States that had changed their flags or official names since their first Flag stamp was released.  All of the stamps issued in 2017 and 2018 update earlier issues reflecting outdated Flag designs.