Painting peace: The work of two blue helmets in Goma 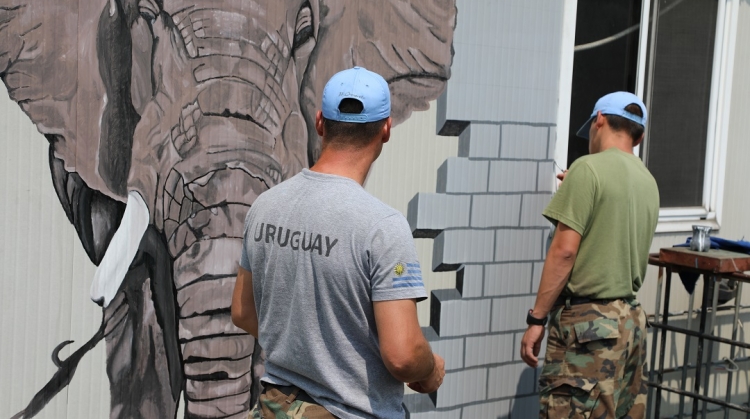 “Light and colour, peace and hope, will keep painters company to the end of the day,” said former British Prime Minister Winston Churchill, who was also an amateur painter.

Closer to us, two blue helmets from Uruguay are painting a mural, a way for them to make peace with a paintbrush, not a gun. It’s an invitation to all to drop the weapons, pain and tears, and enjoy life in peace.

You are now wondering if you are in a military camp or an art centre. Tanks and other military vehicles are parked nearby as reminders that we are in a military installation. But here, the art of war is the companion of art. 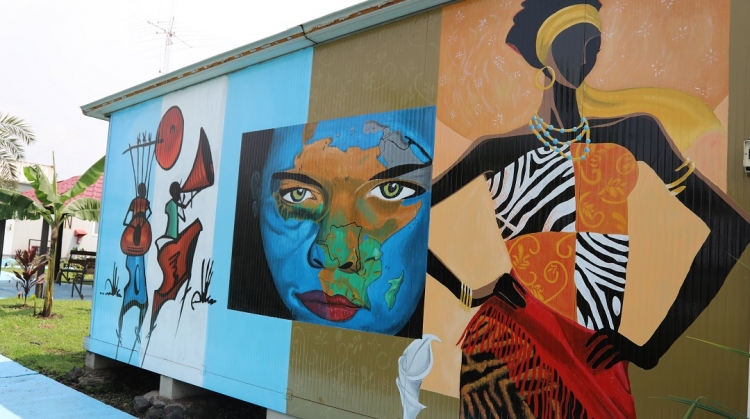 Battalion Commander Major Batista comments that it is nice to be able walk in a colourful camp that matches the beauty of the colours of the well-tended garden.

These frescos are inspired by “naïve painters” from 19th century like French painter le Douanier Rousseau. Naïve painting is characterized by a lack of respect for perspective and dimension, by the intensity of the colours, and the precision of the drawings.

They did not know each other before the deployment of the Uruguayan battalion in Goma, where they are in charge of securing the airport. Neither of them studied art; they just learned in the streets of Uruguay.

In Goma, they felt the need to paint peace, especially because they live in a very volatile environment. They reproduce images they find on internet or they just let their minds wander as their hands paint their thoughts.

They say that they “mostly paint late in the afternoon when the heat is less intense till sunset”.

These vibrant paintings are surprising, enthrall their audience and inspire a peaceful and creative force in this part of the African Rift where the word “Amani” (“peace” in Kiswahili) is in every mind and spirit.