On the cutting edge with the Department of Global Communications 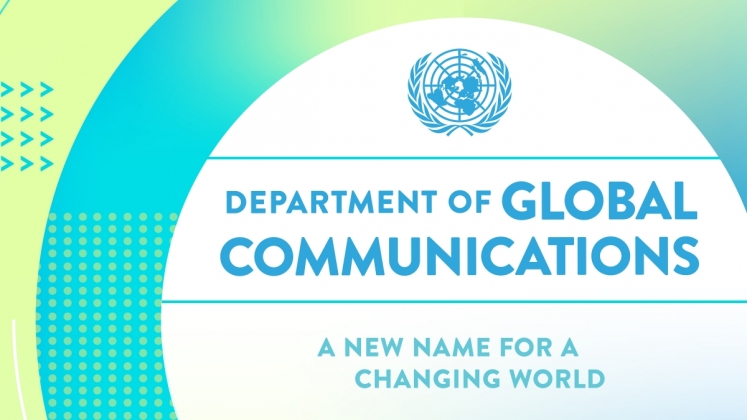 Relatively few people will ever enter the General Assembly Hall, but countless individuals can literally picture themselves there thanks to augmented reality, one of several cutting-edge technologies that the newly-named Department of Global Communications is harnessing to tell the UN’s story to the world.

Secretary-General António Guterres has emphasized the importance of moving into new digital realms.

“Communications is absolutely crucial to ensuring that we can achieve all our goals,” he said. “The technological landscape is changing very quickly, and we must adapt with it.  Of course, traditional media and traditional opinion leaders remain very important.  We must seize the opportunity of the digital world to reach more people and to reach them effectively. We must give greater priority to communicating in that space.”

The augmented reality, or AR, film of the General Assembly Hall offers a glimpse of what is possible with immersive media, which can reach fresh audiences attracted by the novelty of ‘living’ an experience that only the United Nations can provide.

In addition to AR, immersive media includes 360-degree videos and photos that allow users to turn in all directions from a fixed point, as well as virtual reality films that enable viewers to roam widely.

Under the Blue Helmet, a VR film produced in cooperation with the Department of Peacekeeping Operations, won accolades for depicting life as a peacekeeper deployed in the Democratic Republic of the Congo.

With its encompassing production style, this media can generate emotional resonance, raising awareness of the value of the United Nations, the importance of its work and the indispensability of its mission.

Opening a window on remote parts of the world and neglected causes, immersive videos marry the latest breakthroughs in communications technology with the timeless values of the United Nations to focus global attention where it counts.