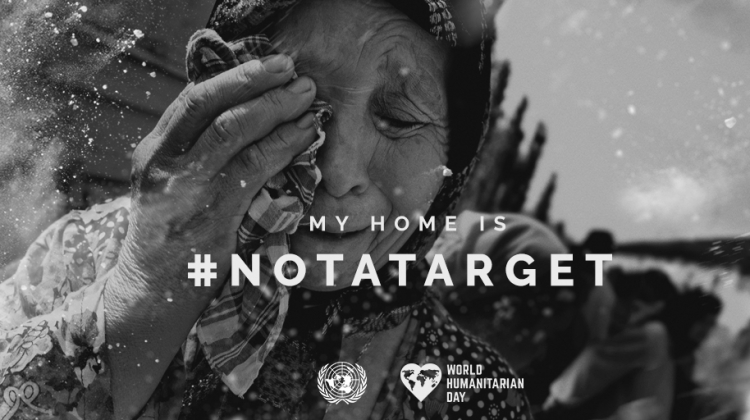 Around the world, conflict is taking a massive toll on people’s lives. Trapped in conflicts not of their making, civilians struggle to survive while air strikes and shelling drive them from their homes. Children are forcibly recruited and denied an education, and people, especially women and girls, are subjected to horrendous acts of sexual violence. Humanitarian workers who deliver aid, along with the medical workers who treat the wounded and sick, are targeted, detained and treated as threats.

Every year, the global humanitarian community comes together for World Humanitarian Day to rally support for people affected by crisis and to pay tribute to the aid workers who help them. This year, on 19 August, we will stand together with the millions of people caught in armed conflict to reaffirm that civilians are #NotATarget.

The campaign follows the Report of the Secretary-General on the Protection of Civilians in Armed Conflict (S/2017/414), which lays out his "path to protection". On 19 August, we will unite to take action and demand that world leaders do everything in their power to protect civilians in conflict.

There are many ways to get involved in this year’s World Humanitarian Day and to lend your voice for people caught in conflict: