3D chalk painting for International Day of the Girl inspires 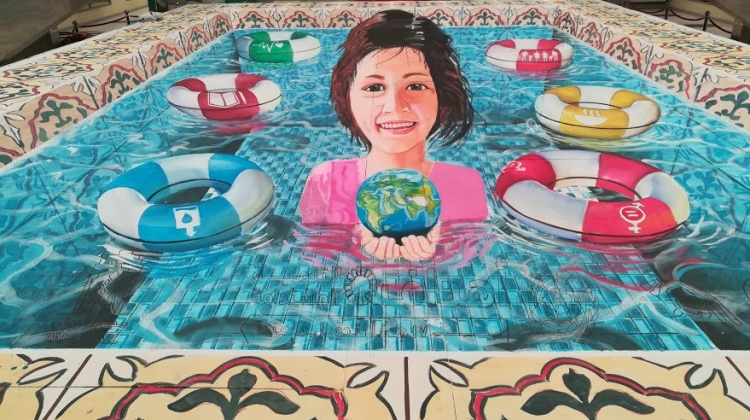 he UN Information Centre (UNIC) Manama commemorated the International Day of the Girl Child and United Nations Day by partnering with talented chalk artist Jincy Babu to create a 1240 square foot 3D chalk piece on the importance of empowering girls as well as the Sustainable Development Goals. 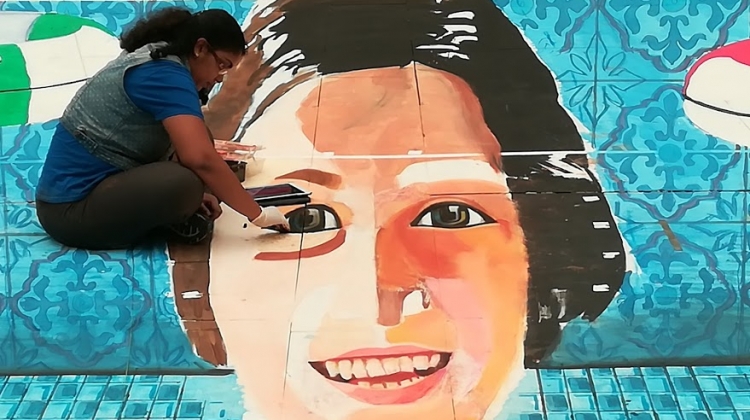 Ms. Babu started the artwork on 11 October - to coincide with the International Day of the Girl Child - at the Ramli Mall in the Kingdom of Bahrain. It depicts a refugee girl immersed in water holding the earth as though raising it from the water while being surrounded by six floats, each representing a Global Goal that is crucial to the well-being of girls. The intended effect of the artwork can be enjoyed by viewing it from a certain angle, either through a 3D lens or one’s mobile phone camera. 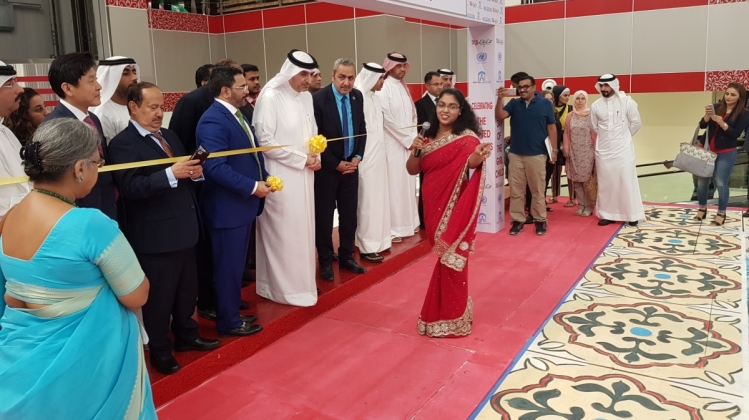 The completed work was inaugurated eight days later by the Minister of Youth & Sports Affairs, Hisham bin Mohammed Al-Jowder, in the presence of ambassadors, the UN Country Team, government officials, media and partners.  The piece was then measured for entry into the Guinness World Records for the largest chalk painting.

Jincy Babu is among just 150 chalk artists in the world and a Guinness World Record holder as a part of the team that created the largest 3D anamorphic painting in Florida, USA. She said that she always felt encouraged by her parents to follow her dreams.  Depicting the six Global Goals as floats symbolizes that they are the lifeguards that can save the girl who, in turn, will save the earth, she said.

Juzer Rupawal, Regional Director of Lulu Group International, stated that he was honoured to collaborate with UNIC Manama to highlight the notable cause of empowering the girl child as well as the Sustainable Development Goals.  He further commended Banu for using her talent to promote important initiatives in an informative and entertaining way.

Samir Aldarabi, Director of UNIC Manama, thanked Babu for her dedication and wished her the best in her endeavour to secure another Guinness World Record.

The chalk art was open for public viewing until United Nations Day on the 24th.